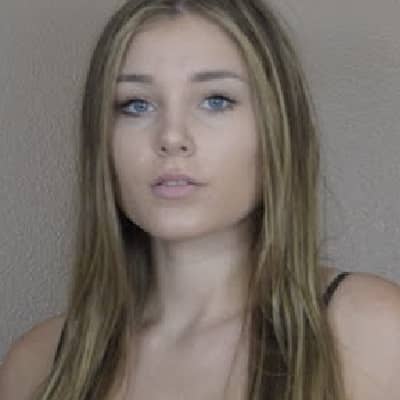 She hasn’t been in any relationship in past also. The star maybe now more focused on building her career.

Cheyenna Clearbrook is a YouTuber and social media personality. She has more than 6 million views on her deaf awareness-raising videos.

She is also popular for her appearance on Deaf U. It is an American docuseries on Netflix that follows a group of deaf college students who attend Gallaudet University.

Cheyenna was born on February 10, 1999, in the United States. Her birth name is Cheyenna Lauterbach Clearbrook.

She has a sister LeAnna Clearbrook and a brother Keelan Clearbrook. She grew up in a Deaf family as she has mainstream schooling.

Talking about her nationality its American, and she belongs to German and English ethnicity.

Clearbrook graduated in the year 2017 from Edmonds Woodway High School. She joined Gallaudet University but left it and joined Washington State University.

Clearbrook started her YouTube channel in May 2012. And as of now, he has amassed more than 116K subscribers. She uploads different kinds of deaf awareness videos. Apart from it, her videos also include clothing hauls and different travel videos to ASL versions of popular songs.

Likely, her deaf awareness-raising videos have garnered more than 6 million views. She and Sign Duo Ellen are popular ASL vloggers on YouTube.

Cheyenna also appears in the Netflix docuseries Deaf U. The show is about a group of deaf college students who attend Gallaudet University. It shows the lifestyle of deaf people and explained that they also have the same experiences in college as hearing people.

She says that the premiere of Deaf U also motivated Cheyenna to make a new video on her Instagram and YouTube channels, regarding her transparency with the Deaf community on the show.

Likely, in 2015 Clearbrook starred in Seattle’s ACT Theatre production “Sound.” She was playing the role of a daughter in a deaf family where the parents argue over whether the daughter should get a cochlear implant.  Similarly in the year, 2017 Clearbrook was part of Book-It Repertory Theatre’s “El Deafo,”.

Meanwhile, according to some sources her net worth is around $70,000. She might make a good earning from her work but she has not disclosed her exact salary and earnings.

As of now, her name hasn’t been seen in any kind of rumors and controversy in the media.

Cheyenna Clearbrook stands with a height of 5 ft 4 inches. Likely, her weight is 48 kg. She has blonde colored hair and blue eyes.

Furthermore, She has her own YouTube channel with 116K subscribers. Likely, her Facebook page is not available at present.