Cheyenne Floyd is an Entrepreneur, Reality Star. Cheyenne is a mother of one and expecting her second baby with her fiance Zach. 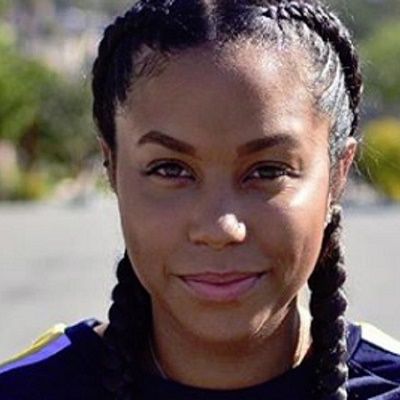 If a man is as wise as a serpent, he can afford to be as harmless as a dove.

Happiness is an understatement to try to explain how we feel. My family and I are elated.

Ryder wanted a baby brother, and swears she knew this whole time. I know she's going to be an amazing big sister. Mommy and daddy love you &

can't wait to meet you.

Cheyenne Floyd is engaged to her boyfriend Zach Davis in April 2021. The couple revealed their affair via Instagram. Also, she is pregnant with his baby, they are expecting their first child together. The gender of the baby is a boy and they decided to keep his name, Ace Harold Davis.

They have been dating for a couple of years but were in an on-and-off relationship.

Previously, she was in a relationship with reality star Cory Wharton. This couple together has a daughter named Ryder Wharton, who was born on April 7, 2017.

Her daughter was diagnosed with a disease called VLCAD.

Francis was also in a relationship with a Baltimore rapper Matt Walker. This couple split after Walker screamed at her in front of family and friends and called her ungrateful.

Who is Cheyenne Floyd?

Cheyenne Floyd is an American reality star, photographer, and entrepreneur. She is best known for appearing on MTV’s reality show, Are You The One.

This reality TV star was born on October 19, 1992, in Los Angeles, California, the United States. Her birth name Kristyn Cheyenne Floyd. She is the daughter of Kyle (father), and Theresa (mother).

Cheyenne has a sister named R KyleLynn Floyd. Their parents got divorced after several years of marriage. She is of All-American ethnicity.

She attended Maranatha High School in California. Later, this personality graduated with a bachelor’s degree in public relations from Hampton University.

This television personality used to write stories when she was a child so, she developed an interest in photography by the time she became a teen. She appeared as a participant in the third season of ‘Are You The One?’ in 2015. This was her first step in the world of reality shows. Although Floyd did not win the show, she began her long professional relationship with MTV.

Cheyenne Floyd made her appearance on a long-running MTV reality series ‘The Challenge‘. Cheyenne appeared on ‘Rivals III’ alongside Devin Walker. Floyd appeared as a replacement for Farrah Abraham in the show ‘Teen Mom OG’ in 2018.

This reality star has her own online clothing boutique ‘The Ruu’, which was named after her grandma’s name Ruby. This clothing line includes a collection of Fitness and intimate wear for both men and women. Cheyenne has volunteered for many organizations as she likes to involve in charity works.

She serves as a mentor for young girls through Girls Inc. and works with differently able children at KEEN. Floyd has visited Nicaragua to renovate buildings and teach local children as part of a charity organization.

The average salary for a reality TV personality is $60,000.Meanwhile, according to some sources, her estimated net worth is $500,000.

Her appearance on the reality show ‘Teen Mom OG‘ was controversial because she was neither a mom nor a teenager. There is no rumor and scandal about this reality TV star. She is doing well in her career.

Cheyenne Floyd is 5 feet 6 inches tall and weighs 55 kg. Likely, she has black curly hair and hazel eyes. Her body measurement is  37-26-37.

Cheyenne has 1.5 million followers on Instagram, and over 97.8 K followers on Twitter. Floyd is not active on Facebook. She has her own online clothing company The RUU.

This entrepreneur has the YouTube channel ‘Cheyenne and Ryder K‘ with over 2.5 million views and 161 K subscribers. She posted daily life vlogs and workout videos on YouTube.

Cheyenne Floyd and Cory Wharton’s daughter Ryder is in hospital and Cheyenne does not want the father to know about it!