Cheyenne Floyd and Cory Wharton’s daughter Ryder is in hospital and Cheyenne does not want the father to know about it! 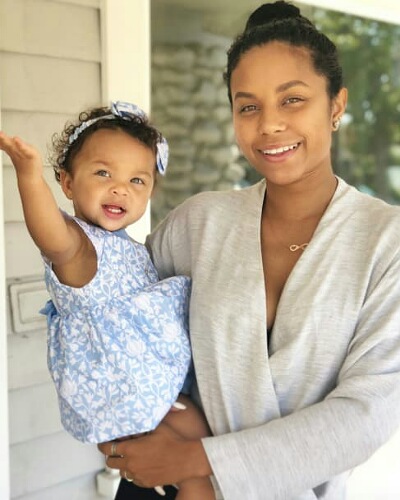 The daughter of Teen Mom OG star Cheyenne Floyd and her former boyfriend Cory Wharton, Ryder is again hospitalized. But Cheyenne does not want the father of Ryder to know about it yet. Why? What is the likely reason for it?

Ryder, daughter of Cheyenne Floyd is in hospital

The daughter of the reality TV star Cheyenne Floyd of Teen Mom OG fame is in hospital. The daughter, Ryder suffers from a genetic disorder and gets often hospitalized for it. More about it later.

Cheyenne had earlier shared pictures of her happy girl with her fans. Ryder was,in hospital. Later Monsters and Critics reported that Ryder is better and would be released soon. But it seems that Ryder is in hospital still.

She probably had a short discharge period but unfortunately is back as an in-patient. Cheyenne tweeted:

“Ryder introduces her self to all the nurses and doctors it’s the cutest thing  we are back in the hospital but God is good an we trust in his plan.”

Since Cory was no where in the pictures with his daughter, the fans began criticizing him for not being there to support his daughter at the time she needs him the most. But Cheyenne requested her fans to not blame Cory for it.

It is learned that Cheyenne herself had told MTV to not reveal to Cory that their daughter is in hospital. But Cheyenne had some good reason behind it.

teen mom viewers please stop sending me your condolences about Cory “abandoning” Ryder it’s getting weird ? if you do a little research you will find out where he is

Actually, Cory is in the process of filming for the show The Challenge for the MTV channel. Hence, Cheyenne does not want MTV to tell Cory about his daughter’s hospital stay since she feels that it will ruin everything on the show for the emotional father.

But Cheyenne made it clear that if it becomes absolutely necessary to tell the dad of her child about it, she would not hold back.

To be honest, he doesn’t know. I asked them not to tell him.. he would want to come home and it would throw away all the time he has spent away. He was only going to get a call if it was absolutely necessary

Cheyenne Floyd and her follow-up tweets

Cheyenne hopes that everything would go well for her daughter. She tweeted:

“Today is going to be great, I’m claiming it.”

She followed it with a heart emoji.

Today is going to be great, I’m claiming it ❤️

Ryder has a genetic medical illness. It is called VLCAD or Very-long-chain acyl-CoA dehydrogenase deficiency. It afflicts one in 30000 people. In this, the body cannot metabolize fats properly and produce energy from it. Cheyenne has used the show platform to talk about it and make people aware of the condition.

Ryder gets often hospitalized as part of the management of this incurable health condition. Though she has not informed Cory of hospitalization of Ryder, last time she was angry when Cory was in Mexico with his girlfriend and did not return to Ryder immediately on knowing that she is in hospital. Hope Ryder remains stable despite her frequent hospital visits.

Click to read on Bristol Palin divorce from Dakota Meyer, her talks about plans with ‘Teen Mom OG’ and future!