Posted by MarriedBiography Posted on March 7, 2021 | In Dating , Net Worth , Relationship
Share this 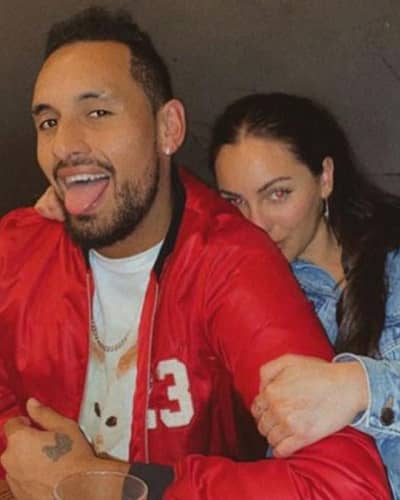 Chiara Passari is the ex-girlfriend of Australian Tennis player Nick Kyrgios. The two ended up on bad terms.

What happened between Chiara Passari and Nick Kyrgios?

“Laughing at myself for believing a …”

Then came the screenshots of texts where Passari if she has a dude. He tells her to enjoy her life and to which she replies with,

“You just told me everything without even knowing hahahahaha.”

Nick lost his temper when Passari said ‘I’m sorry you hate yourself’ to which he replied with,

They stopped following each other on Instagram and deleted pictures of together from social media. She hinted at their breakup after she posted a cryptic message on social media,

“Cheaters always want you to be loyal while they’re being unfaithful.”

Likewise, she missed the first two matches of Kyrgios’ Australian Open campaign, but flew to Melbourne and was seen alongside him during practice. Their relationship was great until Valentine’s Day as she wrote,

“There will always be struggles but as long as that magic and those unforgettable experiences are there it’s all worth it. Happy belated Valentine’s. I love you.”

Also read Keo Motsepe accused by ex-girlfriend Chrishell Stause! Why did they break up?

How much is the net worth of Nick Kyrgios?

Nick Kyrgios has a net worth of $8 million as per Celebrity Net Worth. He has a luxurious home in Canberra, Australia. He owns cars like BMW, Mercedes Benz, and Range Rover. In 2019, someone wrecked his $300,000 Dodge Challenger SRT Demon into a pole. Similarly, he won $5,148,848 as prize money. Nick managed to earn more than $4 million per year from game and endorsements. He ranks 92 number in the all-time highest-earning tennis player.

He has endorsed companies like Yonex, Nike, and headphone giant Beats. Kyrgios won his first ATP level match in the year 2013 at Roland Garros. He also won the Australian Open junior title that year and the Wimbledon junior doubles title.