China Chow is an English actress best known for her work as an actress. She is possibly single.

The hot and sizzling, China Chow is not dating anyone in recent days and she is single. Talking about her past relationships, she may have had relationships with various world popular celebrities but, her last boyfriend was Steve Coogan with whom she was in a love affair for many years and unfortunately broke up in 2011. She was said to have dated Mark Wahlberg from 1997 to 2000. She had never been involved in a marital relationship with anyone and is leading her life with happiness and privacy too. She does not have any children till now. 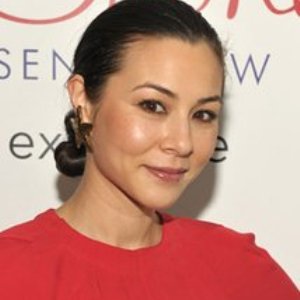 I don't even like hearing my own voice on an answering machine.

I used to be more glamorous.

I buy some art but I don't like to talk about it.

Who is China Chow?

China Chow is an English actress best known for her work as an actress in ‘The Big Hit’, ‘Head Over Heels, ‘Spun’, and as a model involved in various multinational companies. She is of Chinese, Japanese, and German Ancestry. She is also known for her present work status as a host and judge of Bravo’s ‘Work of Art: The Next Great Artist.

Born to Michael Chow, a restaurateur, and Tina Chow, a model/designer, in London, England, UK, China Chow is of Chinese, German and Japanese ancestry because her father is Chinese and her mother is American with German and Japanese ancestry. China Chow was raised in New York because her family moved to New York from London when she was 5 years old. Her grandfather is Beijing Opera’s Zhou Xinfang.

From a very early age of life, she was involved with the entertainment industry. Her mother was a model and designer and her maternal aunt worked as an actress/designer. Talking about her education, she was an exceptional member of her family because she was the first college graduate in her family. She graduated from Scripps College majoring in Psychology subject and made a strong base for her modeling career by participating in various programs.

Talking about her education, she was an exceptional member of her family because she was the first college graduate in her family. She graduated from Scripps College majoring in Psychology subject and made a strong base for her modeling career by participating in various programs.

China Chow did not find a way of starting her work as a model very arduous because of her mother. Her mother made her perform in various fashion shows which led her to work as a model for Shiseido cosmetics, Tommy Hilfiger and Calvin Klein. Further, in 1996, she was named one of the ‘It Girls’ in Harper and, she was successful to be enlisted in No. 22 and No. 54 on the Maxim Hot 100 Women in 2000 and 2001, respectively. In 1998, Chow stepped into Film Industry as an actress opposite to Mark Wahlberg in ‘The Big Hit’ followed by her role in USA Network’s first season of ‘Burn Notice’. She had a big incident in her life when she was in her house in Frankenfish during the year 2004. She was shot there. Currently, she is the host and judge of Bravo’s ‘Work of Art: The Next Great Artist and has provided the voice of Katie Zhan in ‘Grand Theft Auto: San Andreas’.

As of 2022, she has an estimated net worth of $10 million. There is no information regarding her salary.

Once China Chow was rumored to be in a relationship with Keanu Reeves when spotted swimming together in France. This is not confirmed yet and remains a mystery. After this news, there is not any information about their togetherness. There has been no major scandal or controversy surrounding her personal or professional life.