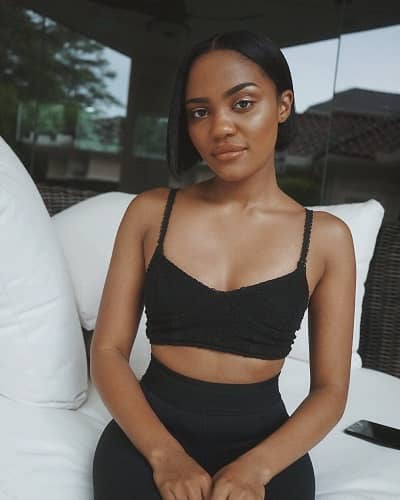 China McClain is known for playing the role of Jennifer Pierce in the show Black Lightning since 2018. Sadly the show is coming to an end. China posted an emotional video about the show is getting end on Instagram.

“There’s something I want to tell you, and for those who haven’t heard, I’m sorry. This season of Black Lightning that we’re filming right now is going to be the last season of the show. I didn’t find that out until yesterday. Also, I found out with everybody else. I didn’t know.”

“But, what I did know and have known along with the rest of the cast since before we even started shooting this season is that I am leaving the show. And was leaving the show. This was going to be my last season, regardless of if it went on or not. For different reasons, that if we’re being honest, I do not want to go into. I just want y’all to trust me on it.”

China McClain was born on 25th August 1998 in Atlanta, Georgia, United States. His parents are Michael McClain and Shontell McClain. Her father is a music producer known for producing the debut album Solo Star. Similarly, her mother is a songwriter and former screenwriter.

Similarly, she has two elder sisters Sierra and Lauryn who are both actresses and singers. Also, she has a younger brother named Gabriel.

How much is the net worth of China McClain?

Likewise, her singles are Dynamite, Calling All the Monsters, What’s My Name, Stronger and more.

McClain has around 7.3 million followers on her TikTok account. She has gained 123.6 million likes on her TikTok account. Her videos get millions of views. The social media star shared a video of her on Instagram dubbing the lines of Harry Potter. She used a wand as a prop to transform into different characters in fashionable clothing. Her followers were impressed by her perfect impersonation of Harry Potter.

Similarly, she showed her dancing talent to the song Calling All the Monsters. Last month, she posted another video of her dancing in front of her mother Shontell. Likewise, she shares dance videos with her brother Gabriel on TikTok. She has huge social media fans.

China Anne McClain is an American actress and singer famous for being a member of the sister girl group McClain. China played the role of Darcy in Blood Brother and Jennifer Pierce in Black Lightning.

She is the winner of the 2014 NAACP Image Awards for Outstanding Performance in a Youth/Children’s Program in A.N.T. Farm. Read more bio…

Who is Mia Lloyd? Mia was recasted as Olivia from ‘The Princess Switch: Switched Again’! Is she dating anyone?
Tags : Actress Black Lightning