Chip Hailstone is a real-life hunter and a TV personality. He is married to Agnes and have five daughters together. Agnes has two sons from a previous relationship. 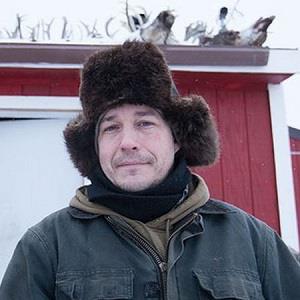 Chip Hailstone is happily married to his tribesperson, an Inupiaq native of Alaska, Agnes Hailstone. Chip and Agnes have seven children together, five daughters, Tinmiaq, Iriqtaq, Mary, Carolina, and Qutan.

Additionally, Agnes has two sons, Douglas and Jon, from her previous marriage.

The Hailstone family lives together in Noorvik, AK, USA.

Who is Chip Hailstone?

Chip Hailstone is a real-life Native American hunter and TV personality. The lifestyle of his Native American family life is documented in the National Geographic reality TV series ‘Life Below Zero’.

Chip has hunted animals including walrus, fish, wolf, bear, seal, and many more.

Since childhood, he was interested in Native American hunting and fishing skills and crafts and learned it well!

Chip Hailstone initially moved to Noorvik. Additionally, after some years, he met fellow hunter Agnes who is a native Alaskan hailing from Inupiat.

He is a skilled hunter and has taken part in tanning, crafting, raw material, skinning, hunting, and fishing. He is one of the cast members of the reality series ‘Life Below Zero’.

Additionally, the show follows him and his family who live in the remotest part of Alaska. Furthermore, the show portrays the daily and seasonal activities of subsistence hunters.

Hailstone became part of a controversy after he was convicted of two counts of perjury.