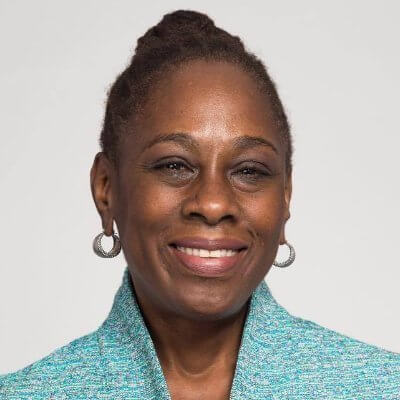 “When I came to New York City, long ago back in 1977, I identified as a lesbian, so I know intimately the struggles that young people have had'' “I was not rejected by my family like so many of these young people are, but it’s really difficult''

They met while they both were working for Mayor Dinkins’ administration and t married in 1994. The couple honeymooned in Cuba in violation of a U.S. travel ban.

They lived in Park Slope, Brooklyn before moving into Gracie Mansion the traditional residence of New York City mayors.

They have two children: Dante who graduated from Yale University in 2019, and Chiara, a student at Santa Clara University, California.

Who is Chirlane McCray?

McCray is notable for being the wife of New York City Mayor, Bill de Blasio and also his ”closest advisor”.

Furthermore, She is the chairman of the Mayor’s Fund to Advance New York City and also leads ThriveNYC.

McCray was born as Chirlane Irene McCrayon on November 29, 1954, in Springfield, Massachusetts.

She was the only daughter of her mother Katharine Clarissa Eileen (née Edwards), who was an assembly worker at an electronics factory, and her father, Robert Hooper McCray, was an inventory clerk at a military base.

She belongs to Afro-American ancestry.

In 1972, McCray enrolled at Wellesley College. While studying there, she became a member of a black feminist organization, Combahee River Collective.

After graduating from college, McCray moved to New York City to work for Redbook, an American woman magazine.

In 1979, She published an essay in Essence entitled “I Am a Lesbian”. The purpose of the essay was to dispel the myth that there are no gay black people.

She has also written some poems for Home Girls: A Black Feminist Anthology.

In 1991, McCray entered politics. She worked as a speechwriter for New York City Mayor David Dinkins.

During the Clinton Administration, she worked for the New York Foreign Press Center as a public affairs specialist. She also worked as a speechwriter for the New York State Comptroller Carl McCall and Bill Thompson.

In 2004, McCray left Thompson’s office to work in the private sector. She worked at Maimonides Medical Center for 5 years and for Citigroup in its public relations department for six months.

During her husband’s campaign for mayor of New York City in the 2013 election, she edited his speeches and helped interview candidates for staff positions.

In his second month in office, de Blasio named McCray chair of the Mayor’s Fund to Advance New York City. Since then, the Fund has focused on mental health, immigration, and youth workforce projects.

ThriveNYC promotes a shift from a traditionally more reactive model, which can strain police, prisons, hospitals, and schools, to an integrated public health approach focusing on awareness and early identification.

ThriveNYC drew harsh criticism over allegations of mismanagement and accusations that it had failed to produce records of tangible results.

The first lady of New York City has an estimated net worth of about $1 million to $ 5 million. Similarly, her husband Bill de Blasio’s net worth is estimated to be around $1.5 million.

The couple even donates to several charities such as Catholic Charities and Project Hospitality.

You may also know about the net worth, body measurements, and early life of Roy Moore, Andrew Cuomo, and Sarah Sanders.