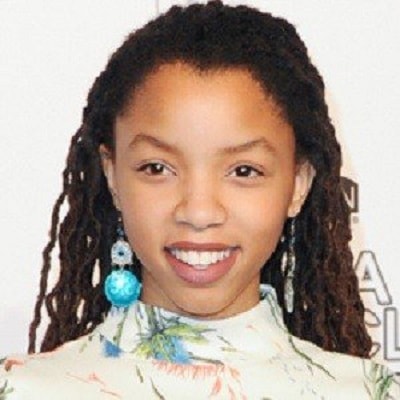 I’m single by choice, my love and that is because right now, I’m focusing on myself.

I’m in my primetime of my life. And I don’t know… whenever the right one comes along or if they’re here and I don’t know it yet, then that’s what happens.

What is the relationship of Chloe Bailey?

Chloe Bailey is currently single. Also, she has not been linked with any other celebrities. She is currently busy with her career and hope, she will find the perfect one in the future.

She was rumored to be dating Diggy Simmons in the past. They were papped kissing, however, they did not confirm their alleged affair.

Who is Chloe Bailey?

Chloe Bailey is an American singer and actress. She is one half of the R&B duo Chloe x Halle with her sister Halle Bailey.

Chloe holds American citizenship and her ethnicity is African-American.

Talking about her education history, she was homeschooled.

She started her career young at the age of 12. With sister Halle Bailey, she started uploading pop song covers on YouTube under the name Chloe x Halle with her sister, Halle Bailey.

Her father left his job in order to become their full-time manager and his daughters then began to perform all over Atlanta.

The sisters made their breakthrough from their  Beyoncé’s Lemonade visual album as Chloe x Halle was featured in it. In addition, they released their single Warrior which was featured in their debut album ‘The Kids Are Alright, on  March 23, 2018.

In February 2019 the sisters graced the cover of Essence magazine.

As per 2022’s data, her net worth is estimated to be $2 million according to the sources. She also earns through singing, social media handle.

Chloe has been successful in keeping herself far from rumors and controversies in his personal and professional life.

Chloe Bailey has dark brown eyes and black hair. Her height is 5 feet 5 inches and weighs 45 kg. But, other information regarding her shoe size, dress size, etc. is not available.