Chloe Dykstra is an American model, cosplayer, and actress. She is best known as a cast member of the reality TV show Heroes of Cosplay. She is in a relationship with Robert Kazinsky. 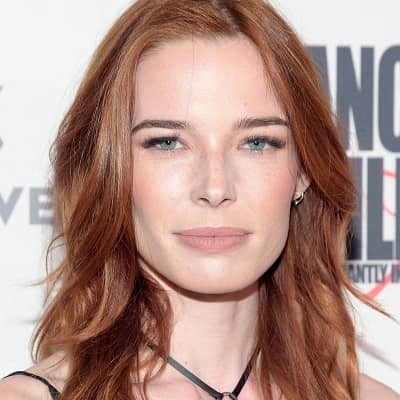 I have been adamant since I came forward with the essay that I never set out to ruin the career of the person I spoke about. I could have provided more details on the matter but chose not to. I have said what I wanted to say on the matter and I wish to move on with my life.

Chloe Dykstra is in a relationship with actor Robert Kazinsky since 2016. This couple was first spotted together on 6 June 2016 in Los Angeles.

Previously, Chloe was in a relationship with actor Chris Hardwick. Later, they split up in 2014 due to Chris’s abusive nature.

Who is Chloe Dykstra?

Chloe Dykstra is an American model, cosplayer, and actress. She is best known as a cast member of the reality TV show Heroes of Cosplay.

This model was born on 15 September 1988, in Los Angeles, California in the United States with the birth name Chloe Frances Dykstra. Her father‘s name is John, a special effects artist, and her mother‘s name is Cass McCune.

There is no information about her siblings and educational qualifications. Dykstra belongs to Dutch descent.

In 2013, Chloe joined the team of a cosplayer in the reality television show Heroes of Cosplay from which she gained huge popularity.

She also worked as a producer and co-host of the web series Just Cos. Similarly, she was also featured in a photo essay of Me and My Place blog post of The Daily Dot.

Dykstra made her first major acting debut as Cello Shea in the 2018 drama film Diminuendo opposite Richard Hatch.

Her other minor roles in various movies include House of Demons, Spider-Man 2, Drag Me to Hell, Inappropriate Comedy, The Treasure of Painted Forest, and Tenspotting.

Chloe Dykstra: Salary and Net Worth

The average salary of this actress is under review. Meanwhile, according to some sources, Chloe has an estimated net worth of $1 million.

In June 2018, Chloe stated that she was accused of emotional and sexual abuse by her partner for about 3 years. She also told she was denied employment opportunities and blacklisted by her former partner.

Although she didn’t take the name of her abusive partner, the media concludes it was Chris Hardwick, who was her former partner. Afterward, Chis denied Chloe’s allegations and told them he had never been abusive.

On 26 July 2018, Dykstra state via Twitter that she planned to move in with her life, and declined to participate in the investigation.

Dykstra stands 5 feet 9 inches tall and weighs 65 kg. Similarly, she has blonde hair and hazel blue eyes. Her dress size is 8 US, and her bra size is 42.