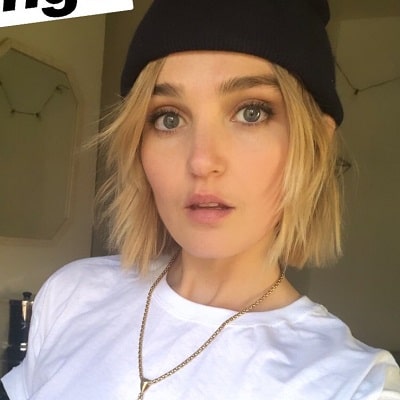 Chloe Fineman is currently single. Moreover, mot much is known about her personal life including her ex-boyfriend is yet to be shared with the public. She is currently focusing on her career and hope, she will soon find the perfect one.

Who is Chloe Fineman?

Chloe Fineman is an American comedian and actress who to fame after she was cast in the 45th season of Saturday Night Live (SNL).

She was born on July 20, 1988, in Berkeley, California, United States. She was born as Chloe Rose Fineman. Chloe was born to father David Fineman, a biotechnology executive and mother Ellen Gunn, a painter.

She has two siblings, sister Emma Fineman, a visual artist and younger sister Alexia Fineman, a CrossFit athlete. Her family is of the Jewish religion, and when she was growing up, she attended a camp in a local synagogue.

Chloe holds American citizenship but her ethnicity is unknown.

She attended New York University Tisch School of the Arts and later moved to Los Angeles to try in acting and comedy.

She performed in The Groundlings troupe’s Sunday Company, Upright Citizens Brigade Theatre and in 2018 was recognized as a “New Face” at the Just for Laughs festival in Montreal. In September 2019 Saturday Night Live (SNL) was announced that she has been cast in the season 45 of the show.

Chloe Fineman was nominated for Best Comedian at the 2019 Shorty Awards. Apart from that, Chloe has not been awarded and nominated.

She has an estimated net worth of around $200k and she has earned that sum of money from her professional career. Her net worth will increase by year-end as Chloe’s popularity rise. Additionally, Chloe being part of Saturday Night Life will boost her earnings since cast members make $7,000 per episode during the first year.