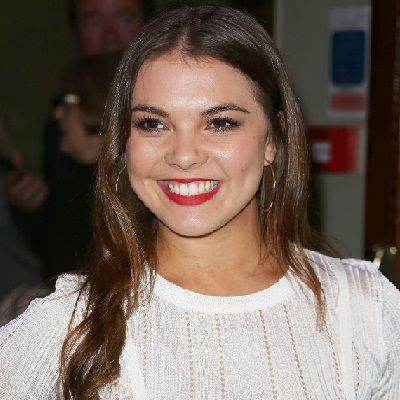 What is the relationship of Chloe Hewitt?

Chloe Hewitt is in a relationship. She is dating George Betts since September 9, 2021. She is quite open about her affair and hence keeps sharing photos of her photos with George on her IG handle.

However, there is not much information about her boyfriend, George.

Who is Chloe Hewitt?

Chloe Hewitt is a professional dancer and choreographer. Chloe is also a Vlogger.

Hewitt is known for her notable appearance on Britain’s Got Talent: the seventh series in 2013 and Strictly Come Dancing in 2016.

2013, Hewitt started a career with Britain’s Got Talent the seventh series. Firstly, she auditioned for that show with her dancing partner AJ Pritchard. They reached the semi-finals in that competition. The grand prize of this show was $238 k US.

In 2017, she participated with Radzi Chinyanganya.

2018, appeared as a choreographer, unfortunately, she was absent in a professional line-up announcement and then dropped from the show.

Altogether she took part in about 75 episodes of Strictly Come Dancing.

Hewitt and her dancing partner AJ Pritchard earn many titles, including World, European, and British National Ballroom and Latin Champions.

In Strictly Come Dancing, Each celebrity gets a standard $32 k the US for signing up. If any star makes it to the quarter-finals their fee hikes to $99 k US and the winner get paid $131 k US.

As of September 29, 2016, there is a rumor that behind the scenes Pro dancer Hewitt hooking up with co-star AJ Pritchard. But, she denies that rumor.

Hewitt has black eyes with auburn hair and her height is 5 feet 7 inches.

Here are some of his dancing videos you can see AJ Pritchard & Hewitt, Hewitt Strictly | Castle on the Hill,  and Chloe | Came Here For Love.