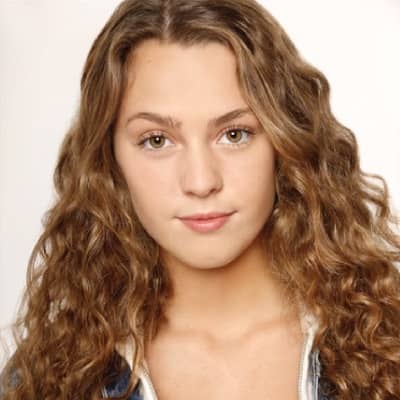 Chloe Lang’s relationship status is possibly single. She is young and focusing on her career.

As of now, she has not disclosed details about her affair or boyfriend.

Who is Chloe Lang?

Chloe Lang is an American actress. She is also a dancer and singer. She rose to fame after appearing in a children’s TV show LazyTown.

She was born on 14 Nov 2001 in Connecticut, the United States. The identity of her father is unknown but her mother’s name is also Tina Lang.

She has a sister and a brother who are older than her.

Chloe belongs of Caucasian descent. Regarding academics, she has not disclosed any details about it.

This actress has also done advertisements for JCPenney, Macy’s, Pilsbury, Haribo, and the American Cancer Society.

Chloe Lang has appeared in the TV show titled LazyTown. It is a children’s musical-comedy show and she was seen playing the character of Stephanie.

On 19 June 2019, Chloe started her youtube channel. It has now gained more than 51k subscribers. She uploads fun and daily life vlogs.

Some of her uploaded content is Christmas Haul with Chloe Lang, At Home Workout Routine, LazyTown Storytime, We are Number One -Lazytown Behind the scenes, and more.

This star is at present keeping herself away from rumors or any desperate scandals.

But she suffered from ulcerative colitis while shooting for LazyTown. She has to take infusion treatments to recover from it.

Regarding Chloe Lang’s body features, her height is 5 ft 3 inches and her body weight is average in size. Moreover, the color of her eyes is light brown and her hair is light brown.

Moreover, her TikTok account chloemaxlang is followed by over 410k people.

Colin Ford who had dated beautiful actresses was in a relation with Alex. But they also broke up and he is dating mysterious girl

Kelley Jakle found Love of her Life: After being single for years, She is finally in a Relationship!! Know the reason of previous split and Beginning of the New!!!