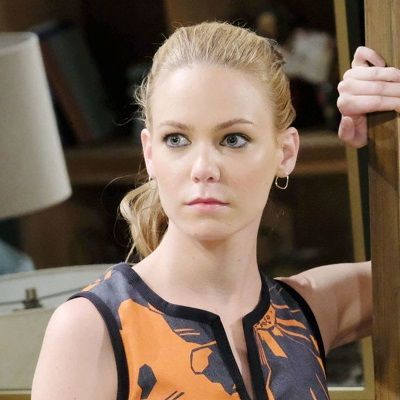 I'm a cinephile, so I'm constantly watching or studying movies, especially movies with actors that I really aspire to work with. Jessica Chastain and Leonardo DiCaprio are two of my favorite actors whose work I really admire. I'd like to build a body of work that is of equal caliber to them.

Currently, Chloe Lanier is in a relationship with Morgan McClellan. Morgan is an actor by profession.

They started dating in 2015. Last, on the 8th of July 2009, they were spotted as at their friend’s wedding together.

The actress shares a friendly bond with her co-actor, Josh Swickard.

Her Instagram posts suggest that she loves to spend most of her time with her friends.

Who is Chloe Lanier?

Last, in 2019, she appeared in 14-min short comedy, Heirloom as Ralph’s Girlfriend.

Chloe Lanier was born as Chloe Renee Lanier on the 3rd of November 1992 in Dallas, Texas. She is of British-Dutch-French ancestry.

She graduated from the Coppell High School in Texas.

– In 2009, she started her career at the age of 17 with the movie, The Effects of Tragedy in the role of Lisa. Following the movie, she appeared in the short movies Binding Paper as Hannah and Bad Karma as Karma.

– In 2012, she was featured as Penny in the TV series, Army Wives which turned out to be a milestone for her career.

– After that, she was cast in TV series like NCIS, Stalker, and Kingdom in minor roles which ended in one episode.

– In 2015, she appeared in the TV series, General Hospital as Young Patricia Spencer for two episodes which release on 1st April and 23rd of July 2015. Later, Dee Wallace played the character.

– On the 12th of July 2016, she re-entered the show and started portraying the character of Nelle Benson, daughter of Frank Benson and Carly Corinthos.

She is a blue-eyed blonde. Her height is 5 feet and 6 inches.

On the 23rd of November 2019, Days of Our Lives actress, Camila Banus tweeted that Till the date, no Hispanics actress has been nominated for her Lead character. The judges in the judging panel are judging based on race and their peers.

For that, Camila’s fans and followers backlashed her on Twitter. Due to that, Chloe was forced to delete her Twitter account. However, Camila had remained silent in the controversy.