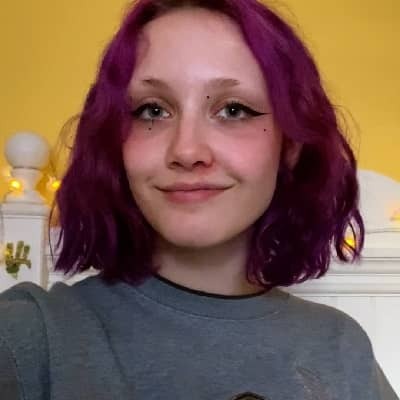 Chloe identifies herself as bisexual. At present, she seems to be single and doesn’t seem to be in any kind of relationship.

She was previously romantically linked with a guy named Johnny.

Who is Chloe Moriondo?

Chloe Moriondo is an American singer, songwriter, and also YouTuber.

The singer completely modified her appearance and cut her hair short in April 2015. She changes her to look into a “tomboyish” appearance, wearing big rimmed glasses.

Furthermore, she affirms herself to be bi-sexual and an animal lover.

Chloe was born on 29 Sep 2002 in Detroit, Michigan, U.S. The singer is of American nationality and is of Italian descent.

Chloe seems to be close with her mother Kristy Moriondo. She has posted a photo with her on her Instagram account. She has also tweeted about her dad. However, she hasn’t revealed his name.

Chloe has a brother who also plays guitar.

Taking about Chloe’s profession, she is a singer-songwriter and YouTuber. She is popular for the various music videos she posts on her YouTube account. Her channel has amassed over 3 million subscribers as of now.

The singer started her youtube career by posting her first video Cup Song Remix by ItsWayPastMyBedTime in January 2014. She started posting various covers like “Love is Easy’ by McFly”, Radiohead’s Creep.

Chloe posted her first original song named ‘Waves,’ in July 2017. Followingly, she has also been part of various concerts and tours. The concerts were held on December 1, 2018, in Pontiac, MI, and another on December 7, 2018, in Chicago, IL. And her latest original song was ‘Kalmia Kid,’ which was released on April 19, 2019.

Furthermore, Chloe is also involved in activism. She collaborated with “The Ally Coalition” and share their work helping to create a supportive community alongside young LGBTQ+ people. Likewise, Chloe is also a supporter of Black Lives Matter. She has been part of various such activist works and encouraging people to register to vote and educate themselves.

Furthermore, she also earned from the merchandise. It is available on her website.

The star is focused on building her career and stays away from any controversies, rumors, and scandals in the media.

Chloe has an average height of 5 feet 3 inches and weighs around 55 kgs. She used to have a long and girly appearance at the beginning of her career. She changed in April 2015 and acquired a tomboyish” appearance.

Similarly, she has naturally dark brown hair and often dyes it into different shades. And she has beautiful green eyes.

Her official Tik Tok account also holds 388K followers with more than 6M likes. Similarly, she has her own YouTube channel with 3.15M subscribers.