Chocolates are not only for guilty indulgence! They also have health benefits!

Updated On July 1, 2022 | In Health , Interesting Facts , Wellness
Share this 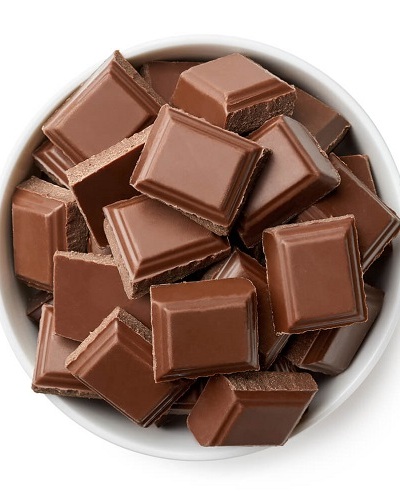 Chocolates are everyone’s favorites! Many people like to take it daily. But do you know that indulging in them is more than a guilty pleasure? It has some medical significance as well.

Chocolates and their history

Chocolates have changed a lot since they arrived in the 16th Century from South America to Europe and spread to the world. In its country of origin, cocoa from which the chocolates are made was consumed as a drink.

It has great cultural and medicinal importance for the indigenous Aztec people. It was considered a wholesome drink that could cure almost all ailments from fever to diarrhea, fatigue, angina, and even toothache.

There is a belief amongst these people that cocoa is a divine elixir. They consider it as a gift of the Aztec God of wind and wisdom, Quetzalcoatl (feathered serpent God). This probably is also the reason that the botanist from Sweden Carl Linnaeus named the cocoa plant Theobroma cacao. Theos in Greek means God and broma implies food. So it means food of the Gods.

Migration from South America to Europe

The Spanish soldier and explorer, Hernan Cortes 1518 reached Mexico and went to the Aztec capital of Tenochtitlan. He tasted the local bitter drink of cocoa, spices, and chili called Chocolate. Though he did not like it, he was impressed and got the drink back with him to Spain.

It gained popularity as a drink with sugar and honey amongst the elite class there. And later in the 19th Century, Joseph Fry and Sons created the first chocolate bar that we know today.

Their initial significance was lost and it was taken as an indulging food item that was to be relished. It got into various occasions in the life of the people of the world such as during birthdays, romantic occasions, within families, and the like. It got into the category of lavish products and its health benefits were forgotten.

Chocolate and its health benefits

Cocoa plants and beans are rich in polyphenols called cocoa flavanols. These are antioxidants and protect the body from free radicals, the causative factor of many diseases. The polyphenol content of cocoa falls 10 times during the processing of natural cocoa into chocolate. Dark chocolates have a higher content of these flavanols than milk chocolates.

Cocoa can improve blood vessel elasticity, blood flow, and blood pressure. The plant product has anti-inflammatory properties. It decreases the formation of blood clots and increases blood flow to the brain. Due to this, it improves cognitive performance. It slows down cognitive decline.

Additionally, muscular recovery after a strenuous exercise is faster, This can happen also with a single high dose of cocoa flavanols. 1245 mg of cocoa flavanols is equivalent to 15 g of high flavanol cocoa powder and this amount can improve recovery of the damaged muscles.

However, it could cause tooth decay, migraine in some, and lower bone density. Its saturated fat content and sugar are high. Hence people at risk of weight gain should be careful.

Nonetheless, next time you feel like having chocolate, do not feel guilty about it. But opt for the darker chocolate or natural cocoa powder instead!