Who is Chris Booker dating?

Chris Booker is possibly single as he has not been seen dating his girlfriend publicly. It seems that he has no plans for marriage, engagement, and kids in the year 2022 as well. 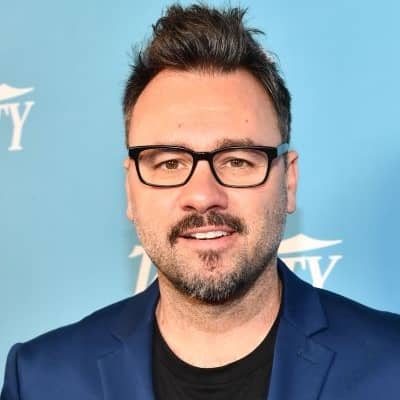 Who is Chris Booker?

Chris Booker is an American radio and TV personality who hosts The Perez Hilton Podcast with Chris Booker since July 2015.

Booker has covered Live at the Kids Choice Awards and Live at the Grammys with Joan and Melissa Rivers while working for the TV Guide Channel.

Most noteworthy, he has presented the Morning Show on L.A. Top 40 and featured on Carson Daly’s show.

Chris Booker was born on May 20, 1971, in West Virginia under the birth sign Taurus. The 50-year-old host has Caucasian ethnicity and American nationality.

Booker has not revealed information about his parents, siblings, and family to the media yet. Regarding education, he completed Magnolia High School in New Martinsville, WV in 1989 and joined West Virginia University.

His career began in 1992 when he got the opportunity as a radio broadcaster and joined the radio tour during his University days. Four years later, he was working with Howard Stern in the evening slot at 92.3 K-Rock in New York City.

The same year his afternoon program The Booker show aired on radio and quit it by joining 40 stations WIOQ Q102. His contract as a morning show host expired in 2008 and after a short break, he was hired back by K-Rock in 2009. Opie and Anthony had also announced the return of Booker at the end of their January 7, 2009, terrestrial broadcast.

Back in the early 2000s, Booker was employed in MTV and MTV2 as a full-time VJ. He then hosted shows The Return of the Rock, First Listen with Britney Spears, and the series 120 minutes.

In 2003 he joined as the New York correspondent for Entertainment Tonight. Other than this, his TV credits are Howard TV and Survivor Live for CBS.

Most recently, he runs the podcast Justin is married, and Booker is single with comedian Justin Worsham. To sum up, he is working actively for Booker and Styker’s evening show for ALT 98.7 LA’s New Alternative.

Chris Booker as a dancer has garnered a good fortune of around $3 million. His net worth is the result of his handsome salary, good earnings, saving, investments, and dedication to work.

Booker has not been a part of rumors and controversies to date. The podcaster manages his personal and professional life quite well and maintained a healthy distance between the two.