Chris Brown is an American singer, songwriter, dancer, and actor. He attracts media with his affairs and legal issues. He has two children.

Chris Brown dated An American recording artist, singer, Kelly Rowland they were said to be in an affair with each other, sometime in their life.

He dated an American singer, songwriter, and rapper Lil Mama. Both were of the same age and same industry, and as a result, both got together for some time in their life to feel love.

Chris dated an American heiress, socialite, TV personality, businesswoman, fashion designer, entrepreneur, model, actress, producer, author, and singer Paris Hilton. Chris and Paris dated each other for some time, but the dating never turned into a serious relationship between the duo.

He dated a Canadian singer-songwriter, model, actress, philanthropist, and fashion icon Keshia Chante. Chris and Keshia encountered a relationship between them for almost two years. Both got together while shooting for Chris’s song “Shortie Like Mine”.

In addition, he dated an American singer and ex-member of Pharrell’s group NERD Rhea. Chris and Rhea hanged out together at New Year’s party that year in South Beach. The dating was there, but not the long relation. He dated n American model Karrueche Tran.

He also dated an American reality TV star, Draya Michele. Only Draya spoke about it saying that she, Chris, and Tran were very good friends. She stated that she and Chris were just friends and the relation was between him and Tran. And that’s how the so-called relation ended. He dated a Barbadian recording artist, fashion designer, and actress Rihanna.

Both became friends in 2005 (but had first met in 2004 during a promo event), but the friendship turned into a romantic affair in 2008. The couple once ended their affair in March 2009 after a domestic violence case. The duo again patched up in October 2012 after Chris apologized to Rihanna for what he did. They finally separated in March 2013.

Chris reportedly dated model Brittany Renner in the past. Chris had a fling with model Keisha Kimball in 2013. Brown had a fling with an adult model, Nia Amey in September 2013. During this time, Nia Amey got pregnant and gave birth to a child, named Royalty on June 17, 2014. Brown was romantically linked with model Indya Marie.

After splitting from Indya, he started romancing another model Amy Shehab. They also separated after remaining together for 3 months in August 2015. Chris dated briefly singer Tinashe in 2015. Chris then hooked up with model Ammika Harris from September 2015 to July 2016.

He was seen dating Cydney Christine, but they broke up. He hooked up with model Krista Santiago in October 2016. Chris Brown had a fling with singer, dancer, actress, model, social media personality, and YouTuber, Montana Tucker, in the year 2016.

He started dating another model Vanessa Vargas in January 2017. Chris was spotted getting close with the Indonesian singer and actress Agnez Mo during DJ Khaled‘s birthday party. His son Aeko Catori Brown was born in 2019. Her mother is Ammika Harris. 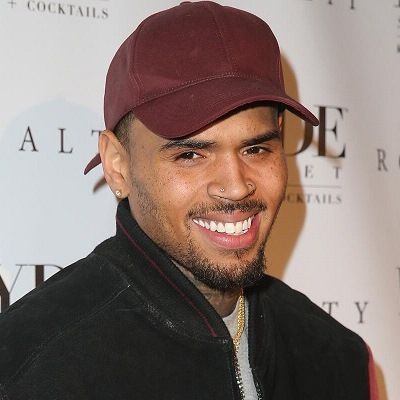 Yes, I got very emotional and I apologize for acting like that. I felt like, "Okay, they told us this just so they can get us on the show so they can exploit me." I kind of took it very, very hard. And I kept my composure throughout the interview, although you could see me upset, you know. I kept my composure and did my performances, and when I got back, I just let off, like, steam in the back.

It's fun being creative and even if you have a concept in your head to write about, you can write it and give it to someone else because it might not personally fit you, but it might be an idea you have. So with (Rihanna) that was an idea I had. I just wanted to go totally left and kind of weird, and that's what I threw at her (2008).

As a 23-year-old young entertainer, I want the world to see my art and hopefully be inspired by it, promote positivity with what I do now - with painting, with fashion, with directing, with creativity as far as videos and cinema. I want to have people admire that and hopefully have people follow in my footsteps.

Who is Chris Brown?

Chris Brown is an American singer, songwriter, dancer, actor, and entrepreneur. Likely, he is also an actor who has made appearances in several films.

The singer with a silky smooth voice cites Michael Jackson as his biggest inspiration.

Chris Brown was born in Tappahannock, Virginia, the United States on May 5, 1989. His birth name is Christopher Maurice Brown.

His father’s name is Clinton Brown (a corrections officer at a local prison) and his mother’s name is Joyce Hawkins (a former daycare center director). He loved music from a young age and taught himself to sing and dance.

His mother encouraged him to participate in local talent shows and made him sing in the church choir. Whereas, his parents got divorced and his mother became involved with an abusive man.

These incidents greatly troubled the teenager. Similarly, his mother knew her son had the potential to make it big and was on the lookout for a record deal. He was spotted by Tina Davis, an A&R executive who helped him sign a contract with Jive Records.

Talking about Chris’s education history, he attended Essex High School and quit in 2005.

Talking about his profession, Chris Brown collaborated with several songwriters including Scott Storch and Jazze Pha. His self-titled album ‘Chris Brown’ was out in November 2005. Whereas, his debut album was a big success that spawned the hit singles ‘Run It!’, ‘Gimme That’, and ‘Say Goodbye’ and eventually went multi-platinum in the U.S.

In the year 2006, he embarked on a tour to further promote his album. He played in over 30 concerts throughout the country during the Up Close and Personal Tour. He played the character of Duron in the 2007 drama and dance film ‘Stomp the Yard’.

Similarly, his second studio album ‘Exclusive’ was released in November 2007. It was a critical as well as commercial success and peaked at No. 4 on the U.S. Billboard 200 chart. It included five super hit singles that featured on the Billboard Hot 100. ‘Graffiti’ his third album was out in 2009.

Likewise, he portrayed a professional bank robber in the 2010 crime thriller ‘Takers’ that also co-starred Matt Dillon and Idris Elba. Additionally, his 2011 album ‘F.A.M.E’ debuted at No. 1 on the U.S. Billboard 200 chart. It contained the hit single ‘Yeah 3x’.

Several guest appearances by artists like Lil Wayne, Justin Bieber, and Big Sean were featured in it. He also went on a concert tour, The F.A.M.E Tour, to promote the album. In addition, he performed 32 concerts in North America over the course of this tour.

Eventually, Chris’s fifth studio album ‘Fortune’ was released in 2012. It peaked at No. 1 on the U.S. Billboard 200 and became the top album in other countries like New Zealand, the U.K., and the Netherlands as well.

Moreover, he also played the role of Alex in the 2012 romantic comedy film ‘Think Like a Man’ based on the book ‘Act Like a Lady, Think Like a Man’ by Steve Harvey. His upcoming projects include the film ‘Battle of the Year’ and the much-awaited album ‘X’.

He has an estimated net worth of around $50 million as of 2022, and he has earned that sum of money from his professional career.

In Aug 2016, a woman complained of getting gun threats from Brown. He has also assaulted Rihanna. In Feb 2009, following an argument, these two got into physical violence.

Chris Brown has a height of 6 feet 1 inch and he weighs is 82Kg. Additionally, his chest, waist, biceps size is 41-33-14 inches respectively.

His hair color is black and his eyes color is dark brown. Furthermore, his shoe size is 12 (US).

Being an American singer, Chris has a huge fan following.