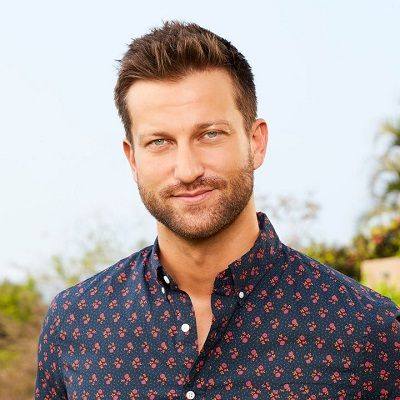 Previously, he was engaged with the Bachelor’s paradise co-contestant, Katie Morton. First, they met at the show.

However, they started having a commutation gap in their relationship. They went through a rocky phase. Last, on the 10th of  December 2019, Chris announced that they are not together anymore as a couple but they are still bonded as good friends.

Who is Chris Bukowski?

Chris Bukowski is an American TV personality and Entrepreneur. Chris is renown for his appearance in the TV series, Bachelor Pad.

Last, he appeared in the TV series, Bachelor in Paradise as a contestant. He is also a co-founder of BracketRoom.

Chris Bukowski was born in Bartlett, Illinois to John and Rose Bukowski. He celebrates his birthday on the 10th of September. His parents are of Polish- Jewish ancestry.

He has two sisters, Renne and Teresa.

First, in 2012, he appeared in the TV series, The Bachelorette on ABC as a contestant. Before that, he was a Corporate Sales Director.

Later, in the same year, he featured in the TV series, Bachelor Pad on ABC as a contestant. The show is based on finding the love of life and eliminating contestants of the opposite gender. Chris was voted out of the show at the eighth episode of the show. Two years later, he appeared in the show as an Audience Member.

On the 5th of September 2013, he opened the Sports Lounge & Eatery name, BracketRoom in Arlington, Virginia. He also founded a digital marketing agency, KCM Create.

After that, in 2015, he was cast in the TV series, Steve Harvey for a single episode. In the same year, he featured the show, After Paradise as a guest. After that, in 2016, he appeared in The Bachelor at 20: A Celebration of Love.

He has an estimated net worth of $1.5 million US. His salary as a TV personality is $59k US. As a digital marketing analyst, he makes $61k US per year.

Apart from that, he earns through his Sports Lounge & Eatery business.

The winning amount of the show, Bachelor Paradise was $250K US.

He is a blue-eyed auburn. His height is 5 feet and 10 inches.

‘The Bachelorette’ Alum Michael Nance died at the age of 31! Click to know more about him