Chris Cuomo is an American TV journalist. Chris is married to Christina and has three children with her. 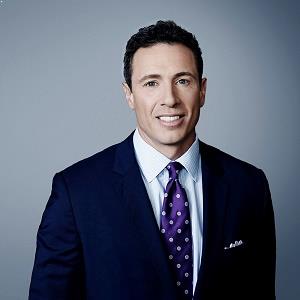 "I believe that 'advocacy journalism' is not an oxymoron. If that means that I'm going to disrupt the cable, partisan fracas of obsession over what this means from left and right, then so be it. I will be disruptive of it." "We in the network world are used to having time constraints and saying only what you have already thought through 150 times, because you don't have that much expansive opportunity." "You can't just talk politics all the time - it's boring."

The couple wedded in 2001 in a Roman Catholic ceremony in Southampton, New York.

Together they have three children Bella (daughter), Carolina (daughter), and Mario (s0n). The couple lives with their kids in Manhattan.

Who is Chris Cuomo?

New York-born Chris Cuomo is an American television journalist as well as an attorney. Chris is popular for his work on CNN as well as in ABC News.

Cuomo is the recipient of an EMMY for his contribution to journalism.

Cuomo tweeted that he has been diagnosed with the pandemic COVID-19 via a tweet on 31st March 2020. He quarantined himself in his basement. Despite the illness, Chris is committed to working from home.

Also in mid-April 2020, he revealed that his wife, Cristina to has been diagnosed with COVID-19.

We hope for their quick recovery.

The good news is that Chris is has been tested negative for COVID-19.

Born as Christopher Charles Cuomo in Queens, New York on 9th August 1970 is of Italian ancestry. He is the youngest of five children of parents Matilda (mother) and Mario Cuomo (father).

At the beginning of his career, Chris Cuomo appeared in numerous journalism-related issues regarding social and political issues on CNBC, MSNBC, and CNN. Then he became a correspondent and served as a political policy analyst for the Fox News channel.

He joined ANC as a co-anchor of 20/20. He started covering the Haiti earthquake, Child Custody, bullying, and homeless teens.

Chris also worked as the news anchor of Good Morning America although for a short period only. He covered the war on terrorism in Pakistan, Afghanistan, and Iraq.

In February 2013, he moved to CNN as the co-host of the morning show. In CNN, he worked as a field anchor and covered February 2013 nor’ easter. He also worked as a co-anchor on CNN’s Morning Show New Day.

He continues to report on major events and breaking news all across the nation.

Besides his television career, he is also a licensed attorney.

For his work in Journalism, he has been nominated for multiples awards. He was awarded the ‘Emmy Award’.

In 1997, Cuomo was named one of the 50 most beautiful people in the world.

His net worth is $12 million US. His annual salary is $6 million US, this makes him the most highly paid anchor on CNN.

-Chris commented in 2016, “Also interesting is, remember, it’s illegal to possess these stolen documents. It’s different for the media, so everything you’re learning about this, you’re learning from us,” which is related to Hillary Clinton.

Hence, he was legally targeted by some legal experts for the comments above.

In the background of one of the yoga videos of Chris’s wife on Instagram, he was captured naked.

Chris Cuomo has dark brown eyes and black hair. His height is 6.2 ft and he weighs around 82 kg.

What is Chris Cuomo's net worth?

How much he receives as a salary?

Does Chris Cuomo have siblings?