Chris Daughtry is a singer, songwriter, and actor. 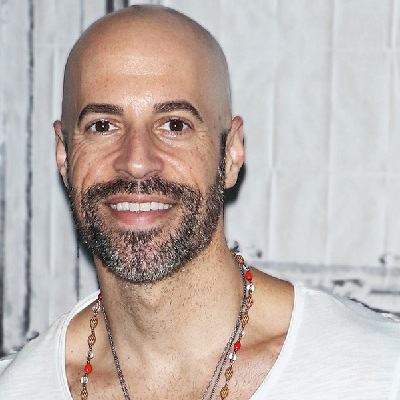 You have to think there's a reason for everything. When a door closes another door opens

Chris Daughtry is married to Deanna Daughtry. The wedding took place on the 11th of November 2000.

The couple first met at the party in 2000 in North Coralia. At the first meeting, they felt an instant connection between them and started dating each other. Deanna has two children, Hannah and Griffin from his previous marriage. However, no reason could keep them apart and getting married.

Together, they are blessed with two twins, Adalynn Rose and Noah James. They were born on the 17th of November 2010.

Despite a very strong bond, their marriage went through a rocky pitch when Chris’s fame was raised after American Idol due to his hectic tour schedules. At the time, Deanna even experiences infidelity in their marriage.

In the mid of 2019, she came out as a bisexual with a song, named This Is who I am. During the time, she told that till that day, she was hiding and shutting a part of her.

Currently, the couple is together and trying to mend the relationship as one.

Who is Chris Daughtry?

American Chris Daughtry is the Grammy Award-nominated singer, songwriter, and actor. He is renowned as the 3rd runner of the 5th season of the American Idol.

He is the lead vocalist of the American Band, Daughtry.

Last, he appeared in the TV series, The Masked Singer as Rottweiler.

He was born Christopher Adam Daughtry on the 26th of December 1979 in Roanoke Rapids, North Carolina.

He has a brother, Kenneth Daughtry.

He made his mind clear at the age of 16 to be a musician. At the time, he even took guitar lessons from Matt Jagger.

During his high school days, he was active with his High School band, Cadence as the lead vocalist and guitarist.

Later, he joined the other bands of Burlington including Absent Element.

– Chris Daughtry’s career as a singer took a great turn of events when he auditioned for the American Idol. In the show, he earned the place of 3rd runner up.

– Before that, in 2005, he also auditioned for the CBS singing contest, Rock Star: INXS. However, he could not make it through it.

– After American Idol, he formed the band his self-name. Along with the band, he signed with the recording label, RCA. Under the recording label, he released his first self-titled debut album. Their album peaked at the 1st position on the billboard. Also, it earns the 6x- platinum certification by RIAA.

– Following that, he released the albums that include Leave This Town. Break the Spell and Masked Singer with the band.

– Apart from the albums, he has also collaborated with bands like Sevendust, Alter Bridge, and Theory of a Deadman.

– He has also contributed the soundtracks to movies like Wanderlust, Criminal Minds, and NCIS: Los Angeles.

– After his successful career as a singer, he expanded his career in the field of acting. In 2007, he made his debut in acting with the short video, Daughtry: It’s Not Over.

– Following the video, he featured in other videos like Daughtry: Battleships, Daughtry: Rescue Me, and Daughtry: No Surprise.

– In 2015, he made his debut in movies with the TV movie, Studio City as Keith Rhodes.

– Last, he appeared in the reality TV series, The Masked Singer.

Throughout his career, he has made an estimated net worth of $10 million. His earnings as a singer are in the range of $21k to $207k.

Also, he earns through his album sells too. Within five weeks, more than a million of the album were sold and became the fastest-selling album. Besides that, he makes through his musical tours.

Apart from that, he also earns through his acting career that is in the range of $19k to $208k.

Chris Daughtry’s vote out from the American Idol created a huge controversy. Some of his voters claimed that when they dialed for voting him for the first few minutes they were misrouted for the other finalist, Katharine McPhee.

Chris Daughtry has black eyes with a shaved head. His height is 5 feet and 7 inches and weighs around 87kg. He wears the shoe with a size of 12 (US).

You May also read the bio, age, family, ancestry, salary, net worth, and controversy of Jennie Kim (Singer), Sarah Litzsinger, and Lori Singer.