Chris Diamantopoulos is an actor and voice artist.

Chris Diamantopoulos’s relationship status is married. He exchanged vows with Becki Newton on 12 May 2005. His wife is an actress and they met each other for the first time in NYC. This couple is blessed with three children. 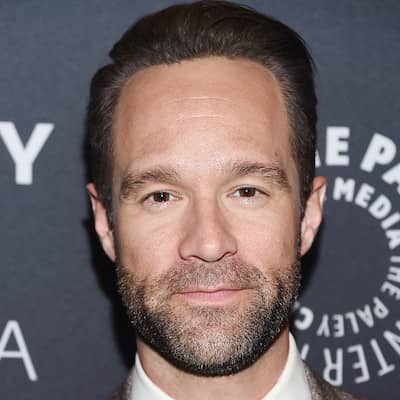 I get to play Moe in The Three Stooges (2012). This is the role of a lifetime

I'm so proud to be the voice of Mickey Mouse in these. Enjoy!

Who is Chris Diamantopoulos?

Chris Diamantopoulos is a Greek-Canadian actor and voice artist. He is popular for his amazing acting in projects like The Three Stooges, Good Girls Revolt, Silicon Valley, etc.

Three of his screen projects are titled True Story, Red Notice, and The Harper House are under the post-production stage. Moreover, he is currently filming for a TV series Pantheon.

His birthdate is 09 May 1975 and he was born in Toronto, Ontario, Canada as Christopher Diamantopoulos. The name of his mother along with his father is not disclosed.

Chris Diamantopoulos is a popular face of the entertainment world. His amazing acting skills are appreciated by the public as well as critics.

His big-screen projects are,

By the reports of 2021, he has accumulated a net worth of around $2 million US. The salary from his acting is not yet calculated.

This Silicon Valley actor is keeping himself away from rumors and desperate scandals.

Chris Diamantopoulos’s height is 5 ft 9 inches and his body weight is average. Moreover, he has dark brown eyes and his hair is black.

How old is Chris Diamantopoulos?