Reflecting on the personal life of Chris Duhon, he is married to Andrea Hernandez. The couple got into a married relationship on 7 August 2010.

There isn’t any record of any child born from their married relationship. They are still together and living a happily married lifestyle.

His personal life isn’t in the limelight as his career path is. Being a celebrity, his personal stuff is always a matter of discussion and interest to the public.

Due to the lack of much information about him, his fans are always curious to know more about him. 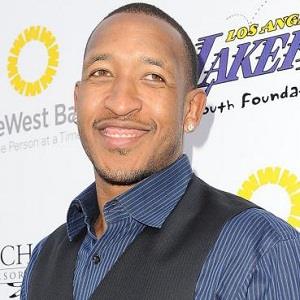 "I think you'll see a different Miami team. They will definitely come out and play harder than they did tonight." "Every game is important for us. We have a big one tomorrow (against Boston) and we have the opportunity to play Philadelphia twice and gain two games on them. They're all big from here. We've got to treat each game as if its a playoff game." "Compared to this, things like my new contract don't mean that much, ... There are bodies floating in the water. A lot of houses have been destroyed. When all of this is over in another week or so and people are allowed to go back home, what will they go back to? It's a tough situation to handle."

Who is Chris Duhon?

Tall and handsome Chris Duhon is an American retired professional basketball player in the NBA.

He is also known as the assistant coach for the Marshall Thundering Herd men’s basketball team.

Retired professional basketball player Chris Duhon, was born in Mamou, Louisiana. He was born on 31 August 1982. He is of African-American ethnicity and has an American nationality.

His birth name is Chris Nicholas Duhon. His mother’s name is Vivian Harper.

He studied at Salmen High School in Slidell, Louisiana where he won the McDonald’s Three-Point Shootout. After graduating high school, he attended Duke College.

Chris Duhon started playing basketball professionally after being selected by Chicago Bulls in the 2004 NBA draft. They won the first playoff series since the Michael Jordan era against the Miami Heat.

He scored his career-high recording 34 points, 9 assists, 2 rebounds, and 3 steals against the match with Golden State Warriors.

After his contract expired, he signed a two-year contract worth $12 million with New York Knicks on 4 July 2008.

On 29 June 2013, he was released by the Lakers and he retired from the NBA. In 2013, he was hit by an automobile in Orlando, Florida parking garage and taken to the hospital.

In April 2014, he was hired as the assistant coach at Marshall and he resigned from coaching at Marshall on 24 January 2017. He was suspended for a violation of department rules and policies.

Chris Duhon: Salary and Net Worth

He has accumulated a net worth of‎ $10 million. But there is no information regarding his salary.

Unlike other players, he hasn’t been much rumor but he suffered a controversy when he got suspended for the second time in two seasons.