Posted on November 9, 2022 | Published By: Natalie | In Fashion , Interesting Facts , Lifestyle
Share this 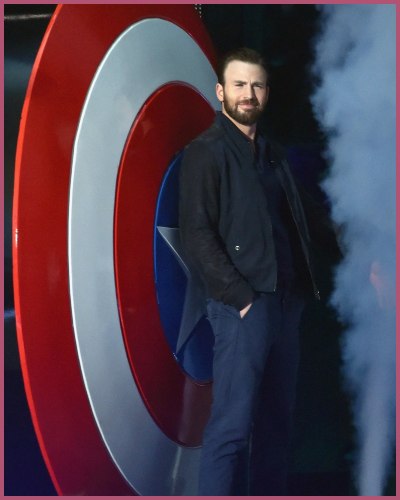 The publication announced on Monday night that Evans won the title on the cover.

The 41-year-old hunk takes the crown from last year’s winner Paul Rudd, who also happens to be his fellow Avenger.

Chris, who was very happy with his new title revealed that he cannot wait for his friends to tease him, while his mother celebrated her son’s new title.

In an interview with  People, Evans joked:

“My mom will be so happy. She’s proud of everything I do but this is something she can really brag about.”

The Gray Man star‘s mom Lisa told the publication that she was not that very surprised that her handsome son was named the sexiest man alive.

Also, Read Do You Have Crush on Chris Evans? Learn about the Parasocial Relationship

Evans said he will cherish the Sexiest Man title for life

Chris also said that his middle-school self would be pumped if he ever knew what the future held for him.

“This would probably be the road to the cool table which I was not at,”

Upon winning the honor, Evans felt more bashful than cocky.

“This whole thing is tough to be interviewed about,”

“It feels like a weird form of humble bragging.”

Chris became famous for his role as superhero Johnny Storm in two Fantastic Four movies released in 2005  and 2007.

His career, however, skyrocketed when he played the namesake star of Captain America: The First  Avenger in 2011.

He continued his role in 10 Marvel films that ended in 2019 with Avengers: Endgame.

Other men who won the title prior to Evans are  Michael B. Jordan, John Legend, Dwayne  Johnson, Adam Levine, and David  Beckham.

The actor said he’ll cherish the Sexiest Man title all his life.

“It’s something that as I become old and saggy I can look back on and say ‘I remember then…’” “I’m lucky to be in the discussion in any capacity.”

Also, Read Who is the sexiest man alive in 2021 as per People Magazine?