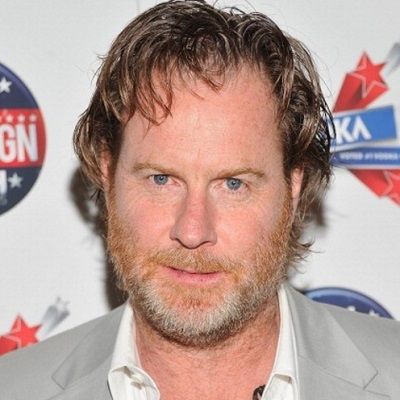 Chris Henchy first met with actress Brooke Shields at the end of 1998. They soon became good friends as he could boost Shields ‘ self-esteem that was going through a hard time in her life.

In 1999, the two-year-old marriage of Shields to her long-time tennis partner Andre Agassi ended in divorce, after which Chris and Brooke became closer. On July 15, 2000, while on a trip to Cabo San Lucas in Mexico, he proposed to her.

Within a year, at the Ritz-Carlton Hotel in Marina del Rey, California, on April 4, 2001, Chris Henchy and Brooke Shields got married. The couple welcomed their first daughter Rowan Francis Henchy on May 15, 2003. On April 18, 2006, in Los Angeles, Brooke Shields gave birth to their second daughter, Grier Hammond.

Who is Chris Henchy?

Born on March 23, 1964, Christopher Thomas Henchy is an American screenwriter and producer. He is best known for working with Will Ferrell as a creative collaborator, including co-creating the Funny or Die website and writing several Ferrell movies, including Land of the Lost, The Other Guys, and The Campaign.

He was born on March 23, 1964, New York, United States. His parents are Patricia (mother) and Michael Henchy (father). Henchy holds American citizenship but his ethnicity is unknown.

Henchy attended the Hill Catholic School at Saint Mary and he graduated from Friendswood High School in 1982 where he worked as a journalist and as a member of the yearbook staff. Later on, he attended the University of New Mexico where he received his B.S. degree in Finance.

Henchy moved to New York City after graduation and worked on Wall Street. He later left his job and decided to as a comedian. He was hired by MTV and later wrote monolog jokes for The Larry Sanders Show by Garry Shandling. Henchy wrote for the  Campus Cops in the year 1996.

Henchy was a television sitcom writer and producer for the series “Spin City” and “Life With Bonnie”. After one season, the show was canceled by ABC. Henchy later became Entourage’s co-executive-producer and HBO’s Eastbound & Down producer. He created the Funny or Die website together with Will Ferrell and Adam McKay.

Henchy also produced many movies like ” The Goods: Live Hard, Sell Hard”. He is credited to the 2009 film Land of the Lost, The Other Guys and The Campaign he co-produced as well. It was announced on March 2018 that Henchy will direct a feature-length movie for the television series Impractical Jokers. Funny or Die will produce the film. The film will be released in Spring 2018.

Chris Henchy: Salary and Net Worth

Chris Henchy’s net worth is estimated at around $15 Million. He racked this huge amount form screenwriting and producing Different shows and movies. But his salary and other incomes are not known.

Henchy has been successful in keeping himself away from rumors and controversies.

Henchy stands around 6 feet 1 inch tall and has a weight of 70kg His other body measurements like shoe size, dress size, etc are not available. He has light brown hair and blue eyes.

Brooke shields, her fame, her love affairs, her marital life, and her separation… There’s so much to know about.