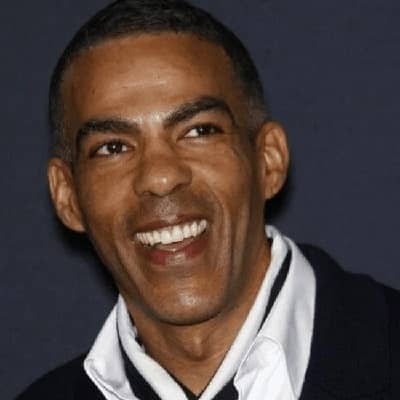 What is the relationship of Chris Ivery?

Chris Ivery first met Ellen in a Los Angeles grocery store in 2003. At first, they were friends but began dating six months later. On Ellen’s 37th birthday, Chris proposed to her with a 3.5-carat diamond ring.

Who is Chris Ivery?

Chris Ivery is an American music producer and a celebrity husband. He is popular as the husband of an American actress, Ellen Pompeo. Ivery’s personal life has been somehow controversial throughout his career and he is famous for it.

Chris Ivery was born on 7th February 1967, in Cambridge, Massachusetts, United States of America. His full name is Christopher Ivery.

He hasn’t disclosed the name of his parents, relatives, and siblings if any. Likewise, Chris spent his rough childhood in the “blue-collar” Boston suburbs where crime rates were very high. As a result, he also began to participate in unsocial activities at the age of 19.

Moreover, his nationality is American. His zodiac sign is Aquarius and he is also a follower of Christianity. Furthermore, he belongs to the Afro-American ethnicity.

As per his academics, Ivery was educated at Harvard University.

Chris is popular for penning the lyrics of the song ‘Cheers (Drink To That),’ for the TV show ‘Smash.’ The song blew up and was a huge hit in the music industry. He has appeared on tv shows like ‘MTV’ the prank reality show ‘Punk’d, and the talk show ‘Entertainment Tonight.’

Talking about his wife, Ellen Pompeo is an American actress known for her role on Grey’s Anatomy as the titular Dr. Meredith Grey and is considered one of the highest-paid actors.

What is the net worth of Chris Ivery?

As a music producer and a businessman, he has earned a good amount of money for his living. He has an estimated net worth of around $70M. Additionally, he is the owner of an expensive ‘Range Rover’ and a beach house in Malibu worth more than six million dollars.

Chris’ life has been somehow controversial as he has a criminal past. In 1987, he was jailed for three months for possession of drugs. He also served 15 months of imprisonment at a Pennsylvania federal prison, for accepting stolen property. In the year 1998, he was found possessing a 10-pound UPS package of marijuana and was put behind bars for six months.

In 2012, there were rumors that Ivery asked a young girl to go home with him during a ‘Guns N’ Roses’ concert. The celebrity news portal ‘Hollywood Life’ published a report regarding it. Soon, the rumors of Chris’s divorce from Ellen sparked like wildfire but those were just false news.

What are the body measurements of Chris Ivery?

Ivery is a bold guy with great charm and personality. He has a height of 6 feet 2 inches. His hair color is black and his eyes are dark brown.

However, there is no more information regarding his height, weight, biceps size, dress size, and shoe size.

Who is Emily Chrislip? All about her surrogacy journey for Chinese parents!