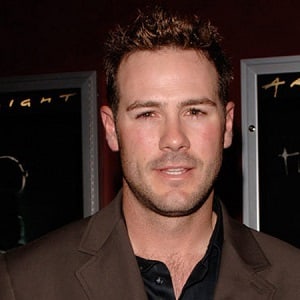 Chris Jacobs is presently in a relationship with Ivy Teves. After Jacobs was chosen to throw the first pitch in a Chicago Cubs game in 2016, he proposed to his girlfriend in front of more than 40,000 fans. The pair is engaged but there is no information about their marriage at present.

Who is Chris Jacobs?

Chris Jacobs is an American television host and personality. Currently, he serves as the host of ‘Long Lost Family’ on TLC. Previously, he guest-hosted several episodes of ‘NFL AM’ and ‘Up to the Minute’. Additionally, he was also the host of ‘The Insider’.

Jacobs was born as Christopher Keith Jacobs in Chicago, Illinois on January 30, 1970. He was adopted as a child. Throughout his childhood years, he grew up in the northern suburbs of Chicago. Additionally, he has three brothers and two sisters. As a child, developed a keen interest in sports and theater. He is of American nationality. Furthermore, there are no details available about his ethnic background at present.

Talking about his education, Jacobs attended New Trier High School in Winnetka. Additionally, he also attended Cranbrook School in Bloomfield Hills. Furthermore, he was also enrolled at Whittier College and Western State University College of Law. He has a bachelor’s degree in English.

Jacobs landed his first role in ‘Nick of Time’ as Comestible Server in 1995. Additionally, he also appeared in ‘Rowing Through’. Jacobs also appeared as an attorney in ‘The Party Crashers’. He played Buzz Peterson in the TV movie ‘Michael Jordan: An American Hero’. In 1999, he appeared as Jason in ‘Angels, Baby!’. Since then, he has appeared in numerous other movies and television series. All in all, he has over 15 credits as an actor.

Some other movies and television series that Jacobs has appeared in are ‘Happily Divorced’, ‘Side Order of Life’, ‘Wild Roomies’, ‘Helter Skelter’, ‘Two and a Half Men’, ‘44 Minutes: The North Hollywood Shoot-Out’, ‘The Real Deal’, ‘Touched by an Angel’, ‘Runners’, ‘CSI: Crime Scene Investigation’, ‘V.I.P.’, ‘Bette’, and ‘The X-Files’ among others.  Furthermore, he has hosted several live events for Discovery networks. He was the weekend presenter for the NFL Network. He currently hosts ‘Long Lost Family’ on TLC.

Jacobs has not revealed his current salary. However, he has an estimated net worth of around $ 1 million at present.

Jacobs has not been part of any notable controversies in his career. At present, there are no rumors concerning his life and career.

Talking about his body measurement, Jacobs has a height of 6 feet 2 inches (1.88 m). Additionally, his hair color and eye color is dark brown.