Chris Jansing is a Senior National Correspondent in MSNBC and former Senior White House Correspondent at NBC. Chris is divorced, despite it, she uses her ex-husband's surname Jansing for the ease of the audience. 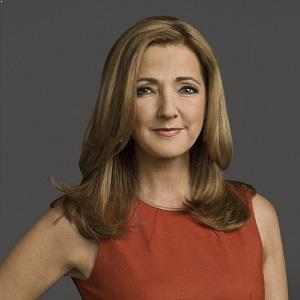 My sister's a fighter

they did not ask us about putting her on a ventilator, it's something they did after she coded, but it's also something that she would have wanted. Do you know what your family members want?

Know what members of your family want, should they, and we hope they're not, but should they be in this awful situation.

Chris Jansing is currently believed to be single and no news regarding her present relationship is known at the moment.

Previously, she was married to Robert Jansing in 1982.

Robert is a former chemist who ran an analytical chemistry laboratory. He worked as a research scientist at the NYS Department of Health.

She began using her husband’s name after the marriage because as she later explained it is easier for the viewers to pronounce.

The couple eventually divorced. The cause of the divorce is yet unknown. There are no children from the marriage.

Who is Chris Jansing?

Chris Jansing is an American journalist and television news correspondent. She currently works as the Senior White House Correspondent for NBC news. Furthermore, she also works for MSNBC alongside Brian Williams.

Chris Jansing was born in Fairport Harbor, Ohio, on January 30, 1957, to a Roman Catholic family. Her birth name is Christine Ann “Chris” Kapostasy.

Throughout her early life, she grew up as the youngest of 12 children of Joseph Kapostasy(father) and Tilly Kapostasy(mother). She is of American nationality and her ethnicity is Roman Catholic.

She was intrigued by the world of journalism since her childhood years.

Talking about her education, Chris graduated from Otterbein College with a Bachelor of Arts degree. She was initially a political science major and later switched majors to broadcast journalism. In addition, she worked for the college radio station.

Initially, after completing her college, Chris worked at the cable station in Columbus, Ohio as an intern. Later, she accepted the job at WIPS radio station Ticonderoga in New York. Furthermore, she later accepted the job of a general assignment reporter for WNYT television. Her wide set of skills in the sector of journalism soon made her one of the versatile figures in the business.

Chris became the weekend anchor and weekly co-anchor for WNYT. She worked for 17 years there. Eventually, she joined NBC News in June 1998. She has since then worked for MSNBC, ‘The Today Show’, ‘NBC Nightly News’. Additionally, she also became the NSC’s Senior White House Correspondent on June 13, 2014.

She has one credit as an actress for ‘The Place for Politics 2016: MSNBC Overnight California Primary Coverage’. She won an Emmy Award during her career. Furthermore, she also won the ‘Best Person’ award from the New York State Broadcasters Association. Later, she was inducted into the New York State Broadcasters Association Hall of Fame in June 2016.

Chris Jansing has an approximate net worth of $ 8 million.

There was a rumor floating around that Chris might be single after many years. This later turned out to be true. Furthermore, she became involved in a controversy when she reported Barack Obama was from Kenya which gained some media attention. Additionally, she has not been involved with other notable controversies to date.

Talking about her body measurement, Chris has a height of 5 feet 6 inches or 1.68 m and weighs 57 kg. Additionally, she has a body measurement of 36-28-38 inches. Furthermore, her hair color is blonde and eye color is brown.