Updated On November 24, 2022 | Published By: Marc Surne
Share this
Married 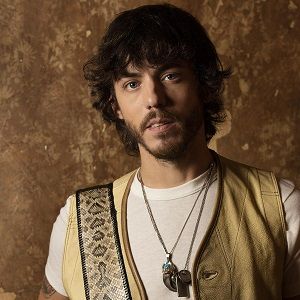 "I know what they say, Money can't buy everything Well, maybe so, But it could buy me a boat"

What is the relationship of Chris Janson?

Chris Janson is a married man he is married to Kelly Lynn. He first saw her nine years ago and started to like her. They got married at 2010. The couple looks good together and it seems they are made for each other.

They have four children out of them two are from Kelly previous husband.

As a sign of their love, they have a daughter and one baby boy, Jesse Bo Janson and Georgia Janson respectively. They are enjoying their love life and are spending a good quality life.

Who is Chris Janson?

Chris Janson is an American singer as well as a songwriter. He is known for his full-length album to Buy Me a Boat, through Warner Bros. He is the one who wrote singles for Tim McGraw among others and he has also played harmonica for Lee Brice.

When did Chris Janson born?

Talking about the early life he was born on April 2, 1986. He experienced his childhood in Perryville, Missouri, US. His family was from Nashville, Tennessee.

He is an American and his ethnicity is Caucasian.

He has not explained his past days and his education history in detail. He usually stays away from social media as well as he does not share his early life and childhood briefly.

Chris Janson gave a start to his career when he wrote and recorded duets with Holly Williams in June 2009. In 2009, he joined BNA Records. In April 2010, he released his debut single called ‘Til a Woman Comes Along’.

On the Billboard Hot Country Songs chart, it was ranked 56th place on May 1, 2010. Tim Mc Graw‘s single ‘Truck Yeah’ which was released in 2012 was also co-written by him.

Chris Janson then wrote a song with his wife which was produced by Keith Stegall and Pat Bunch. In mid-2013, his single ‘Better I Don’t’ peak at number 40.

In the country Airplay’s ‘Buy Me a Boat’ was ranked in 3rd place and 1st place on Mediabase. In 2015, he co-wrote LoCash’s ‘I Love This Life.’

Chris Janson has given many stage performances but one of the best was when he performed on the third day of the 2016 Republican National Convention. As of 2022, he has a net worth of $3 million but his salary is not revealed.

Talking about the rumors and controversy, there was a rumor that Chris has a new boat, and later on, it was found to be true. Besides this, he has not been in any controversy yet.

Moving towards his body measurements, he has a height of 6 feet and his body weight is 73 kg. He has light brown hair and blue eyes.

Also know more about the early life, career, net worth, relationships, and controversies of other singers and songwriters like  Jordan Smith, Amy Grant, Shawn Stockman, Louisa Johnson, and Tom Parker.