Chris Jones is an American football player. Chris Jones at the present time is in a romantic relationship.

Chris Jones at the present time is in a romantic relationship. As per the reports, he is dating a girl named Sheawna Kiara.

Her real name is Sheawna Weathersby but the details of their affair are not disclosed. 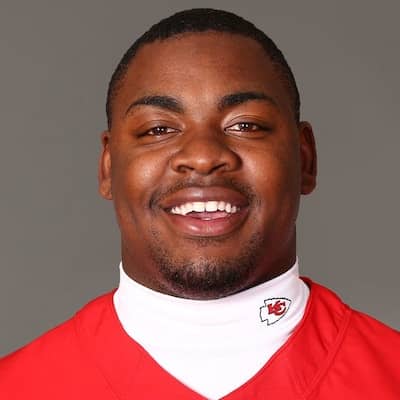 Who is Chris Jones?

Chris Jones is an American football player. He is popular for his playing style where he plays as a Defensive End.

At present, he is on the US football team Kansas City Chiefs.

His birthdate is 03 July 1994 and he was born in Houston, Mississippi, the US as Christopher Deshun Jones. The name of his mother is Mary Woodhouse plus his father is Chris Jones Sr.

Chris’s ancestry is All-American and has two sisters Camry, and Candace.

Regarding his academics, he first went to Houston High School and then he enrolled at Mississippi State University.

But in his senior year, he joined the NFL.

Chris Jones is a popular face of the sports world who started to play football in his school days. During his time at Mississippi State, he played a total of 13 games.

Then in the year 2016, he was selected in an NFL team Kansas City Chiefs. With this team, he played against Philadelphia Eagles, Jacksonville Jaguars, Tennessee Titans, etc.

By the reports of 2022, he has an estimated net worth of around $1 million US. The yearly salary from his sports journey is under the rug.

Recently, he made a deal of four years that is worth $80 million with Chiefs. As per the contract, the guaranteed amount he will receive is around $60 million.

This talented NFL player is keeping himself away from rumors and desperate scandals.

Chris Jones’s height is 6 ft 6 inches and his body weight is 140 kg. In addition, his eyes are dark brown and he has hair in black color.