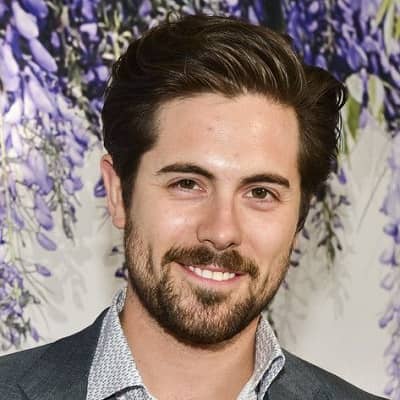 What is the relationship of Chris McNally?

In an interview, Chris mentioned his girlfriend. He also shared that she is South American.

Looking at his Instagram we can speculate that he is dating Julie Gonzalo. Both of their Instagram accounts feature the same two dogs in the same camping background. Also, Julie is Argentine-American.

They have also seen camping and traveling together.

Who is Chris McNally?

Chris McNally is an actor and writer. Chris McNally has appeared in movies like Altered Carbon, When Calls the Heart, Supernatural, and others.

The actor was born on November 8, 1989, in North Vancouver, British Columbia, Canada.

He is a native of Canada and has an English origin. Chris is the eldest brother and has a younger brother and a sister.

His cousin is the actor and singer Drew Seeley.

In which school did Chris McNally attend?

The actor also joined Capilano university but dropped it after studying for a year.

Chris started his career in the year 2005. In his first days, he appeared in various TV series and shows. His first well-known role was playing an Ice Cream Clerk in Killer Instinct.

Likewise, his film debut was in 2013’s John Apple Jack. He is well known for his appearance in the 2017 movie Freefall. Moreover, he landed the role in The CW’s Supernatural as well as TNT’s original series Falling Skies.

The actor receives more popularity by appearing in the NetFlix original series Altered Carbon in 2018. Next year he was one of the regular cast members as Lucas Bouchard in early 2019 in the Hallmark Channel’s popular series When Calls the Heart.

The actor is then portrayed as Cal Dennison in VC Andrews’ novel, Heaven. McNally has also built his career as a writer. He is one of the members of the Hallmark stable talent group. And so he has made various appearances in their productions movies.

McNally maintained a low profile when it comes to his personal life. He has always stayed out of such rumors and controversial news in the media.

How tall is Chris McNally?

McNally has a well-maintained athletic body standing with a height of 6 feet and 2 inches. He weighs around 74 kg.

With a fair complexion, he has brown colored hair and the same color eyes.

You may also read the bio of Evan Williams, Callan Potter, John Finn, and Daniel Levy.