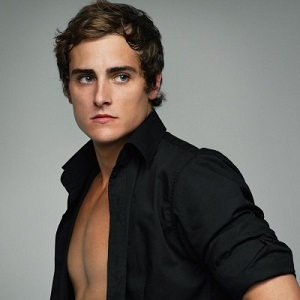 What is the relationship of Chris Milligan?

Chris Milligan is an unmarried man till now. He is currently in a relationship with his Neighbours co-star Jenna Rosenow. The couple began dating each other during the sets of Neighbours.

They have been together for a long time now and their relationship is still going very well. He has not revealed any plans of settling down at the present time. He is currently focusing on his work.

There are no other records of is past and present relationships. It seems like Jenna is the first love of his life. The couple is living a happy life together and there is no sign of separation at all.

Who is Chris Milligan?

Chris Milligan is an Australian actor. He is best known for his role as Kyle Canning in the soap opera Neighbours (2008-2016).

He is also famous for his role as David in the 2010 supernatural fantasy television show Dead Gorgeous.

Chris Milligan was born as Christopher Milligan on 14 June 1988, in Brisbane, Queensland, Australia. His nationality is Australian and he is of Australian ethnicity.

Chris began his acting career in the soap opera Neighbours, playing the character of Kyle Canning in 2008.

He became the series regular on the show in January 2011. In 2009, he played a cameo role as a student in the Australian police drama Rush.

In 2011, he played the role of Liam McMahon in the popular film Winners & Losers. The same year, he appeared as Danny in the short film Overture (2011). He returned to Neighbours reprising his role of Kyle for a brief stint in September 2016.

Chris Milligan: Salary and Net Worth

Chris Milligan estimated his net worth as around $1million-$5million, however, There is no information about his salary.

Chris Milligan has a height of 6 feet 1 inch. He has dark brown hair and blue eyes. Furthermore, there are no details regarding his body measurements.