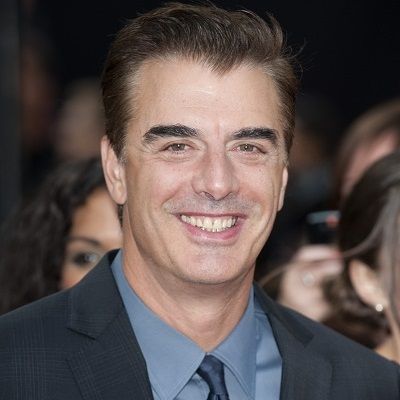 I cannot explain something that no one has ever figured out

I have enough attention already. More, I don't really need

No one ever takes my side

What is the relationship of Chris Noth?

Chris is a married man. He is married to actress Tara Lynn Wilson since April 6, 2012. They also have a son together, Orion Christopher Noth who was born in January 2008.

He met his wife, Tara Wilson at ‘The Cutting Room’ which is a music venue in New York that he co-owns. They were in a relationship for a long time before finally getting married.

Before Tara, he was in a long-term relationship with the famous supermodel-actress, Beverly Johnson. Furthermore, he was also linked to Winona Ryder at around 2000.

Who is Chris Noth?

Christopher David “Chris” Noth is an American actor. He is famous for his TV roles as NYPD Detective Mike Logan on Law & Order.

Moreover, he is also famous for playing Big on Sex and the City and Peter Florrick on The Good Wife. He is a two-time Golden Globe Awards nominated actor.

Chris Noth was born on November 13, 1954, in  Madison, Wisconsin. Currently, his age is 64 years. He is the son of Jeanne L. Parr and Charles James Noth. His mother, Jeanne was a CBS News correspondent. Similarly, his father was an insurance salesman turned marketing-company executive, however, he died in March 1966.

In addition, he has two older brothers, Michael, and Charles Noth. His ethnicity remains mixed(Irish, German, and English). Noth’s nationality is American.

Noth completed his undergraduate studies at Marlboro College. He earned an MFA from the Yale School of Drama.

Chris Noth has an estimated net worth of around $20 million according to some notable online sources. Similarly, he receives around $2 million annually. His main source of income is acting.

Chris was pulled into some controversy when he called ‘Sex and the City’s character Carrie Bradshaw, portrayed by Sarah Jessica Parker a ‘whore’ in public.

Chris was accused of rape by Zoe, now 40, and Lily, 31 as reported by The Hollywood reporter. The accused work in the entertainment industry and have used pseudo names. As per the reports

Chris sexually assaulted them in West Hollywood in 2004. in an explosive report which led to financial consequences for her.

Chris Noth has a height of around 6 feet 1 inch. Moreover, he weighs around 99 kg. In addition to this, he has dark green-colored eyes and salt and pepper hair.

Chris Noth is active on Instagram. He has around 217k followers on her Instagram account. He has more than 185 posts and keeps updating his fans with different pictures.

You may also like to read about the bio, career, and net worth of  Janet Montgomery, Emma Davies, and Erica Rose.