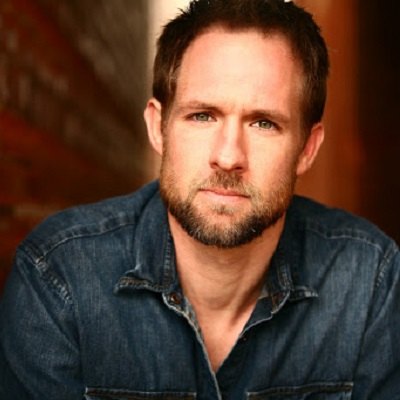 Chris Payne Gilbert is happily married to actress, Lesley-Ann Brandt. She is renowned as Maze (aka. Mazikeen) of the TV series Lucifer.

They first met in 2012 in some events. After some time, they started dating each other. Eventually, the got married on the 5th of September 2015.

Together, they have a son, Kingston Payne Brandt-Gilbert (b. July 2017).

Who is Chris Payne Gilbert?

American Chris Payne Gilbert is an actor, producer, director, and theater artist. He is renowned as Dawson Litt of Chance and Davey of The Protector.

Last, in 2020, he appeared in Netflix’s Series, Lucifer as John Decker.

Chris Payne Gilbert was born in Springfield, Massachusetts. He spent most of his childhood in Berkshires, Williamstown. He is of Mixed (French, British, Germanic) ethnicity.

Till the date, he has not shared any details on his birthdate, father, mother, and siblings.

Talking about his educational background, he graduated from Siena College with Honors in Arts majored in English and theatre. Prior to that, he attended Mount Greylock Regional High School in Williamstown, Massachusetts.

Later, he joined the professional Actor Training Program in Athens of Ohio University.

Some of his theater plays include Gross Indecency, Kilt, Through Fred, Walking off the Roof, and Experimental Actions. Apart from that, he also happens to a founding member of Obie Award-winning experimental theatre company Mad Dog.

In 1952, he first appeared in the series, Guiding Light as Chris Payne. Later, in 1998, he made his movie debut with the film, Saving Manhattan as Jamie.

Moving forwards, he appeared in the TV series Charmed, Beverly Hills, 90210, Sex and the City, CSI: Miami, NCIS, Justice, and many more in some minor roles. In 2006, he featured the series, 10 Items or Less as Todd that became one of the milestones of his career.

Moving forward, he portrayed significant roles in the series like Dr. T, Lone Star Vet, The Protector, Lucifer, and many more. Besides that, he is a popular face in movies too. That includes Beauty in the Broken, Refuge, and Story of a Bad Boy.

Also, he has directed and produced the short, Brothers. Also, he contributed a script to the short.

As of 2020, he has an estimated net worth of $500 Thousand. As an actor, his earnings are in the range of $21k to $215k. Besides that, he also makes through his production and direction works too.

Apart from that, he earns through his theatre plays too.

Talking about net worth, his wife, Lesley has an estimated net worth of $2 million. Her net worth is attributed to her career as an actress.

Chris Payne Gilbert has hazel eyes with brunette hair. He stands at a height of 6 feet and has a decent weight.

Till the date, he has not been part of any sort of controversy and scandals that created headlines in the media. Apart from that, he has also managed a distance from any type of rumors too.

You may also read the bio of Suki Kaiser, Artur Smolyaninov, and Rosa van Iterson.