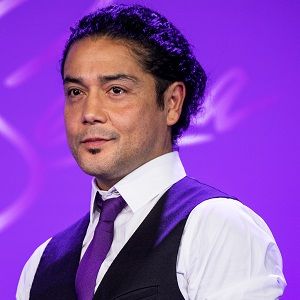 To Selena, with Love, in Mexico, Selena mangled her conversations in Spanish like the rest of us, but not for long.

Chris began his relationship with Selena when he joined the band. After some years, the couple tied the knot in 1992. Prior to marriage, Selena’s father was not happy with that decision but later accept the marriage. However, their marriage couldn’t last long as Selena got killed by her own friend.

Furthermore, Chris began dating with Venessa Villanueva after meeting her in 1998. After a couple of years of relationship, Chris married to Venessa in 2001. The pair also welcomed two babies together, a son Noah and a daughter Cassie. Despite their beautiful relationship, the couple couldn’t able to carry their marital life for so long. As a result, the couple split up in 2008.

Who is Chris Perez?

Chris Perez is a Latin rock and heavy metal guitarist and songwriter. He is famous for being the lead guitarist of the Tejano band Selena y Los Dinos. He was also the husband of Selena y Los Dinos frontwoman Selena. Moreover, he has also won a Grammy for Best Latin Rock or Alternative Album for his debut album Resurrection.

Chris Perez was born to Gilbert Perez(father) and Carmen Medina(mother) on August 14, 1969, in San Antonio, Texas, United States. His father was a computer programmer. His childhood wasn’t so easy as his parents got separated when he was just four years old. After divorcing his mother remarried another man.

From the beginning of his childhood, Chris had a keen interest in playing the guitar. Chris’ favorite artists were the Scorpions, Iron Maiden, Ozzy Osbourne. Talking about his education, he attended Thomas Jefferson High School.

As a guitarist, Chris idolized Carlos Santana and learned many of his skill from him from the early days. Chris began his career with Tejano band Selena y Los Dinos. Initially, Chris was invited by Quintanilla, who was bassist of the band at that time.

After that, he gave an audience and was selected by A.B. Quintanilla. As he signed with the Selena y Los Dinos, he and Selena began to date each other. Chris was lead guitarist at that time and used to deliver his amazing guitar skills in the band. However, things changed when Selena was murdered by her former friend,  Yolanda Saldívar on March 31, 1995. After the incident, Chris was totally wrecked and left the band. He started to take drugs and alcohol.

After a couple of years, he organized a new band named Chris Perez Band signing with Hollywood Records. He dropped his first album, Resurrection which also grabbed a Grammy Award Best Latin Rock Album. As soon as the band launched their second album, Una Noche Mas, it dissolved.

In addition, Chris moved to Kumbia Kings (2003-06) and the Kumbia All Starz (2006-11) but couldn’t make it long and also left it. In 2012, he published a book named To Selena, With Love, which gained positive reviews from the critics and the readers.

According to the reports, Chris has an estimated net worth of $ 1.2 million. He earned it from his song and various shows.

From his first album Resurrection, Chris won the Grammy Award for Best Latin Rock Album. Furthermore, he has got many nominations for his other songs.

Chris has also been in controversy for a couple of times. Once, he was jailed for driving under influence but later discharged without any charge. In addition, he was dragged into a controversy when he and two members of the band Selena y Los Dinos were wildly drunk and started to wrestling in the hotel room, breaking the door and damaging the other stuff on the property.

Moving towards his body measurements, there isn’t any information regarding his height and weight. Furthermore, his eye color is dark brown and his hair color is black.