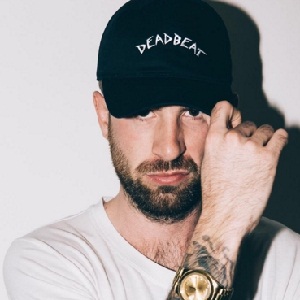 Reflecting on the personal life of Chris Pfaff, he is in a relationship with  Koreen Odiney.  He has been dating Koreen since 2018. Although his career took on a successful path his love life couldn’t do so.

Previously, he was in a relationship with reality star Chanel West Coast but their relationship couldn’t last for long. The couple eventually broke up in 2014.

Who is Chris Pfaff?

Chris Pfaff is an American music producer, television personality, and clothing designer. He rose to fame as the founder and owner of the Young and Reckless Clothing Company. He also appeared on the reality shows Rob & Big and Rob Dyrdek’s Fantasy Factory.

Multi-talented Chris Pfaff was born in Akron, Ohio. He was born on 28 January 1988, he is 34 years old. He is of North American ethnicity and has an American nationality.

His birth name is Christopher Russel Pfaff. He seems to be a pretty private person who hasn’t much revealed regarding his personal life. He grew up with his brother Scott and his nickname Drama. Pfaff is the cousin of professional skater Rob Dyrdek.

His relationship with professional skater Rob Dyrdek has helped him a lot in his career journey. He started as Dyrdek’s personal assistant, later gained a spot on Dyrdek’s reality series Rob & Big.

He rose to fame with multiple appearances on Rob & Big from 2006 to 2008. On the reality series, he served as the butt of pranks and practical jokes.

Similarly, he has also appeared in the reality show Fantasy Factory and Nitro Circus. Furthermore, he is also a founder and owner of the Young and Reckless Clothing Company.

Famous celebrities like Justin Bieber, 50 Cent, Kevin Durant, and Lil Wayne have all been seen wearing Young & Reckless clothing. As a result, he became famous for clothing designing.

In addition, Pfaff is also a music producer. He has music produced for several artists like Kelly Rowland, Yelawolf, and Lil Twist. His success in the career path has paid him well financially.

Although his salary isn’t disclosed, his net worth is estimated to be $8 million.

Pfaff suffered criticism for his relationship with reality star Chanel West Coast, however, their relationship didn’t last for long.


Chris Pfaff has a height of 6 feet. He has golden-brown hair and dark brown eyes.