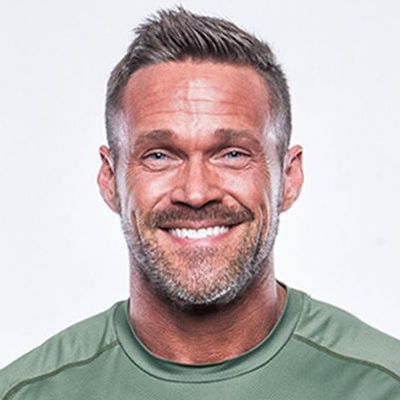 Chris Powell is currently possibly single. He once exchanged vows with Heidi Powell in the year 2010.

His ex-wife is a fitness coach but their wedding details are unknown. This former couple is blessed with two children.

Their son Cash was born in 2011 while they welcomed their daughter Ruby in 2013. Chris and Heidi shared the news of their divorce via Instagram post in May 2020.

Who is Chris Powell?

Chris Powell an American fitness trainer. He used to host a show named Extreme Weight Loss and features in a web series, Meet the Powell Pack.

He is also an author and wrote a book titled Choose to Lose: The 7-Day Carb Cycle Solution and Chris Powell’s Choose More Lose More for Life.

His birthdate is 25 March 1980 and he was born in Phoenix, Arizona, the United States as Scott Michael Kilmer.

The name of his mother and his father are hidden. Chris’s ancestry is Caucasian and as per his academics, he has a degree in Exercise Science from Arizona State University.

In his childhood, he used to be bullied for his small height. To overcome this, he started to do exercises in his living room which was set by his parents.

Chris Powell has worked hard and is now one of the popular personal trainers. He has several certificates from institutes like NASM, CrossFit, Precision Nutrition, and more.

He at present runs a company named Transform HQ which was founded in Oct 2015. This provides personal weight loss & fitness solutions to fitness seekers.

Prior to this, Chris used to host an ABC network’s show titled Extreme Weight Loss. He was with them from 2011 till 2015. For his amazing work, he has been called in other shows like Oprah Winfrey Show, 20/20, and The View.

He collected a net worth of around $10 million US as of 2021. His salary and other incomes from his career are unknown.

This fitness trainer is keeping himself away from rumors and desperate scandals.

Chris Powell’s height is 5 ft 8 inches and his body weight is 80 kg. Similarly, his eyes are grey and his hair color is also light brown.