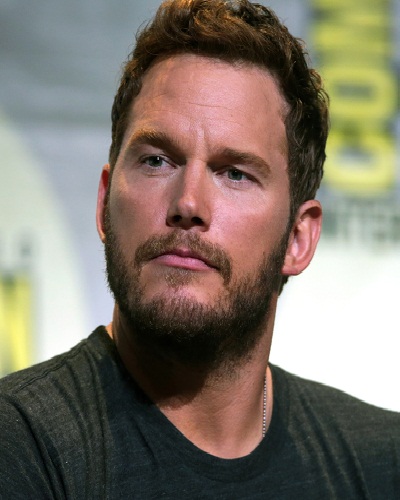 Chris Pratt is engaged! He announced the good news on his social media on 13 January 2019.

Chris Pratt and his engagement to Katherine Schwarzenegger

Chris Pratt, 39 popped the question to his girlfriend, Katherine Schwarzenegger, 29, and announced the news to his fans via his social media this Sunday the 13th of January 2019. He wrote:

For this, he uploaded a picture of himself and his love partner Katherine. He continued:

The next day, Katherine Schwarzenegger posted the same picture and captioned it:

“My sweet love. Wouldn’t want to live this life with anyone but you ♥️????”

The cost of the engagement ring

The Vice President of the online jewelry store Ritani, Josh Marion talked about the engagement ring and said that its cost would be in six figures. The ring has an oval-shaped diamond that weighs 5 carats and he said that it is set in a petite platinum setting to maximize the sparkle of this stunning diamond. Additionally, Josh estimated the ring price to be in the range of $350,000 to $400,000.

Chris and Katherine were first seen together in June 2018. An insider revealed that it was Katherine’s mother Maria Shriver who introduced the pair to each other and set them. Additionally, Chris took the permission of Katherine’s parents before the proposal to his Lady love. The insider disclosed:

“Chris asked for Maria Shriver and Arnold Schwarzenegger’s permission around Christmas. Maria helped him with the proposal.”

An insider revealed that Chris is happy that Katherine is not from the entertainment industry. The source said:

“He really likes that she’s not in the industry,”

Katherine is a lifestyle blogger and an author. She is used to the limelight since her mother is a famous journalist and her father is a bodybuilder who is now an actor.

Katherine was seen on a day out in the rains in LA wearing the new engagement ring and protecting herself with a black raincoat. She was holding a coffee glass in her right hand.

On Monday after learning about the engagement of her ex-husband to Katherine, Chris Pratt’s ex-wife Anna Faris congratulated the couple. She wrote:

“I’m so happy for you both!! Congratulations!”

Chris and Anna had met on the sets of the movie Take Me Home Tonight in 2007. They began dating and were even gagging later in 2008. On 9 July invite year 2009, they got married in Bali in Indonesia. They were at a friend’s wedding and eloping from there went and got married themselves.

Chris Pratt is an American actor. Pratt rose to fame through his roles on the TV, including that of Bright Abbott in Everwood and Andy Dwyer in Parks and Recreation.

He then went on to achieve the leading man status after starring in 2 commercially successful films in 2014: The Lego Movie and Guardians of the Galaxy, continuing with The Magnificent Seven and Passengers. The following year, he starred in Jurassic World, his most financially successful film to date. Later that same year, Time named him one of the 100 most influential people in the world on the annual Time 100 list.

He is set to reprise his role of Star-Lord in Guardians of the Galaxy Vol. 2, Avengers: Infinity War, and an untitled fourth Avengers film. More Bio…

Timothée Hal Chalamet- an American actor from Call Me by Your Name and Lady Bird has a immense filmy background!
Tags : American Actor Parks and Recreation