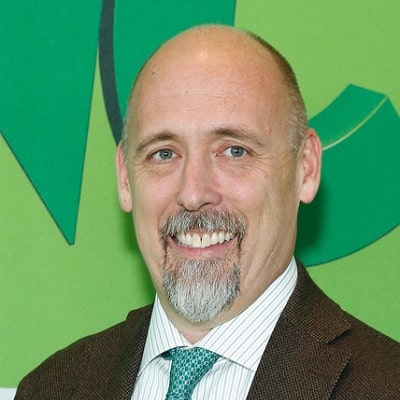 Drawing was a constant in how I expressed myself.

Drawing was a cheap way for me to express myself. It gave a focus to my thinking and my life from a very early age.

I always say that when I was a kid, I only played with the Darth Vadar and Storm Trooper action figures. I gravitated toward the villains. I think it's a common thing.

Chris Renaud is a married person. He married his longtime girlfriend Lauren Renaud in March 2012 after years of dating. The couple welcomed a daughter Kiely Renaud and son John Renaud. The family is currently living together in Paris, France without rumors of extra-marital affairs or divorce.

Who is Chris Renaud?

Chris Renaud is an American filmmaker and illustrator who is best known for his work in ‘Despicable Me’, ‘Despicable Me 2’, ‘Minions’, ‘No Time for Nuts’, etc.

He was born in December 1966 in Baltimore, Maryland, USA. When he was 15 years old, his family moved to Bethlehem, Pennsylvania.  His father worked for Bethlehem Steel was transferred to their main office. He has not disclosed his parent’s names, siblings, and childhood.

He joined Parkland High School and then enrolled at Baum School of Art from which he graduated in 1985 where he received a $1,000 scholarship. Later, he joined Syracuse University, graduating with an illustration degree in 1989.

After graduation, he started working as a graphic designer in the sports entertainment industry and made logos and mascots for NBA, Foot Locker, NFL, etc. Then, he began drawing comics for Marvel Comics and DC Comics.

After that, he worked in cartoon animals including ‘The Book of Pooh’, ‘Bear in the Big Blue House’, ‘LazyTown’, and as the lead visual development and design for ‘It’s a Big Big World’.

Moreover, Chris Renaud has worked as a story artist on ‘Ice Age: The Meltdown’, ‘Horton Hears a Who!’ ‘Robots’, and co-ordinated the short film  ‘No Time for Nuts’.

He must have accumulated a huge sum of money from his filmmaking career however he has not revealed his exact net worth, salary, and income.

Chris has not been involved in any rumors and controversies in his personal and professional life till date.