Chris Riggi is an American actor and director who is famous for his role as Scott Rosson in the series ‘Gossip Girl’.

There is no exact information on when they started dating. Chris mostly shares the picture of him and Stephanie on his Instagram.

His girlfriend Stephanie announced via her Instagram that they are getting married soon in June 2022. Stephanie shared this news on June 2, 2022. 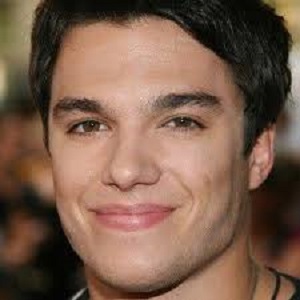 Who is Chris Riggi?

Chris Riggi is an American actor and director who is famous for his role as Scott Rosson in the series Gossip Girl.

He is also popular for his role as Jacob White in ‘The twilight’ parody film, ‘Vampire Sucks’.

He was born on September 18, 1985, in New York City, New York, USA. His birth name is Christopher Nicholas Riggi and he is currently 36 years old.

He was born to the philanthropists Michaele and Ron Riggi. His biological father was a pilot.

He holds a black belt in Taekwondo. He is of French-Canadian descent. During his early life, he performed at The Home Made Theater in NY.

He completed his education at the prestigious Lee Strasberg Theatre and Film Institute in New York City.

He has studied with The Actors Studio’s own Jacqueline Brookes and Irma Sandrey. He was Suburban Council wrestling champion in high school.

He performed at The Homemade Theater as a child in New York.

He was offered to play the role of Ryan Mcloud in ‘Beware of Gonzo’ but he had to step back due to scheduling conflicts with ‘Gossip Girl.

He worked in a restaurant in NYC and was planning to join the military before landing a role on ‘Gossip Girl. He learned to play drums for the film ‘Hated’.

He is the executive producer of ‘The Mourning After’ which was directed by Phil Giordano.

As per data of 2022, he has an estimated net worth of around $1.4 million and his main source of income is his professional career.

He has not been engaged in any rumors and controversies in his professional career.

He has a height of 5 ft. 10 inches. Chris has got dark brown eyes and black hair. His weight and other body measurements are not available.