Chris Robinson is a singer, guitarist, and musician who is with The Black Crowes. He is currently single.

Previously, he was first married actress Lala Sloatman (m.1996-div.1998). This singer married actress Kate Hudson in December 2000 and got divorced in October 2007. This couple together has a son named Ryder who was born in 2004.

Later, Chris again exchanged vows with Allison Bridges in 2009. This couple together has a daughter Cheyenne Genevieve Robinson who was born in 2009. However, they got divorced in October 2018. 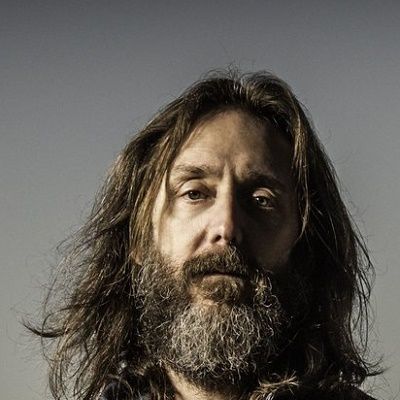 My music is how I feel, and that's changed from being twenty years old to be forty-three years old.

Part of getting older is realizing that you can integrate all these different areas of your life, rather than the adolescent mindset, which for me lasted a long time, which says, 'It's all or nothing.'

Who is Chris Robinson?

Chris Robinson is an American singer, guitarist, and musician. He is best known as a singer of the rock band The Black Crowes.

This singer was born on 20 December 1966, in Georgia, the U.S with the birth name Christopher Mark Robinson. He is the son of father Stanley Stan and his mother Nancy Jane.

His father had a minor Billboard charted record in 1959 ‘Boom-A-Dip-Dip’. He has a brother ‘Rich Robinson’ who is a guitarist and vocalist. He is of English descent.

Chris and his brother Rich formed a band Mr.Crowe’s Garden in the 1980s. They played at various clubs all around the US. After nine years, they changed the name of the club to ‘The Black Crowes‘. They released their debut album ‘Shake Your Moneymaker. The album was successful so so they went out on a tour.

The band went through many lineup changes and released six studio albums over the next nine years. It was announced that drummer Steve Gorman would be leaving the band in early 2002. The same year, Chris’s solo ‘The Red Road’ appeared in the film, The Banger Sisters.

His full-length debut ‘New Earth Mud’ which appeared in October which was received positive reviews. This album allowed Robinson to hit the road as a headlining act. This band itself became known as ‘New Earth Mud‘. In 2003, the band toured both headlining and sharing the bill with Elvis Costello, The Street Cheese Incident, and Gov’t Mule.

After the tour finished, Chris joined the studio with Paul Stacey as a producer and co-songwriter. As a result, they released ‘The Magnificent Distance’ in June 2004.

This album was a hit and a huge commercial success. He parted ways with Paul Stacey and the band in early 2004.

This singer featured Audrey Freed as a guitarist and George Reiff on bass. The band toured in support of ‘This Magnificent Distance‘.

He did not perform publicly for some time. Robinson returned in 2005 at the Consumer Electronics Show with his brother in Los Vegas.

The same year, Chris joined Phill Lesh for the ‘Mardi Gras Spectacular concerts in San Fransisco which quickly turned into a full-fledged tour.

The live album ‘Brothers of a Feather-Live at the Roxy‘ was released in 2007. The next year ‘Warpaint’ was released.

They released Croweology in celebration of the 20th anniversary of the band in 2010.

After five tears on January 1st, 2015, his brother Rich announced the final breakup of the band. Chris and Rich reunited to tour reprising their first studio album ‘Shake Your Money Maker‘ in 2019.

Earlier, in the late 2000s, he began producing other artists’ albums.

This singer made a cameo appearance in the final episode of ‘The Kids in the Hall‘ in 1994. He also performed in a documentary feature film ‘The People Speak‘.

Meanwhile, according to some sources, Robinson has an estimated net worth of $9 million as of 2022.

This singer went on a tour with his band after the success of their album Shake Your Money Maker. They once played supporting ZZ Top. Robinson was criticized for talking to the audience about his opposition to corporate sponsorship.

He spat on a female customer at a convenience store and was arrested for assault and disturbing the peace. He openly discusses his use of cannabis, in the media and in interviews.

Similarly, he has his own YouTube channel where he posted his music videos with over 5.34 K subscribers and 765 K views.