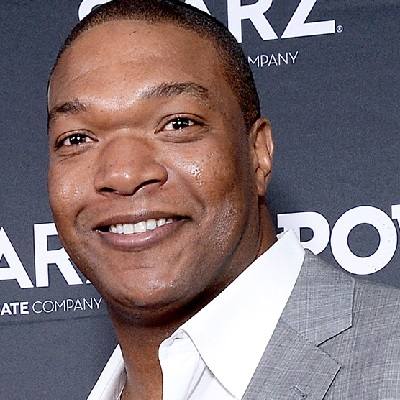 Chris Samuels is married to Monique Samuels. His wife, Monique is a reality TV star and entrepreneur by profession. The couple first met in Washington DC. At the time, Monique was there to pursue her career as a singer.

The wedding took place on the 3rd of March 2012 at the Ronald Reagen Building in Washington.

Who is Chris Samuels?

American Chris Samuels is an Alabama Sports Hall of Fame inducted Football player and coach. He is renowned for his offensive playing style as a tackler.

Currently, he is playing as an Offensive Coordinator for Northwest High School.

Chris Samuels was born on the 28th of July 1977 in Mobile, Alabama to James (father) and Shirley Samuels (mother). He is of Jewish-British ethnicity.

He has three siblings. His elder brother, Lawrence Samuels is an arena football coach by profession.

Talking about his educational background, he is a graduate of John Shaw High School in his hometown. During his High School days, he used to play for the high school football team.

In 1996, he joined the University of Alabama in Tuscaloosa. At the time, he played as a member of the University’s football team, Alabama Crimson Tide football.

In his senior year, he played for the All-Southeastern Conference. At the time, he won the Outland Trophy as the nation’s best college interior lineman. Also, he was nominated for Lombardi Award too.

In 2000, Chris Samuels started his career with the Football team, Washington Redskins. The football team drafted him as the third draft. Soon, he started playing as the starting left tackle for the team. After that, he was selected to play for the six Pro Bowls.

In the season 2005, he signed the seven-year contract with the team. The season, he started the 16 regular-season games. Also, he helped Clinton to rush 1,516 yards.

Moving forwards, in 2008, he became the captain of the team. The year, he started 12 regular-season games. However, he was inactive due to Knee Cartilage’s irritation for a contest.

Later, on the 9th of December 2008, he was placed at the listed at the injured list due to the triceps tear. Due to this season, he missed the last three games of the season.

Prior to that, on the 11th of October 2009, he had temporary upper-body paralysis due to his neck compression during helmet to helmet hits. On the 4th of March 2010, he took retirement from the team due to the risk of long-term injury.

Prior to that, he assisted the offensive line coach, Chris Foerster at the NFL’s Minority Coaching Fellowship. Moving forward, in January 2012, he joined the university as Alabama as a student assistant coach.

The major portion of his career is attributed to his career as a football player. Back in 2005, he signed a 7-year contract worth $47 million with the signing bonus of $16 million.

As of now, he has managed to maintain his dignity as a football player. Till the date, he has not been through any sort of controversy and rumors that created a buzz in the media.

Besides that, he also has managed to stay far from any type of rumors too.

Chris Samuels has black eyes with black hair. He stands at a height of 6 feet 5 inches and weighs around 142 kg.