Chris Santos is a self-taught chef who started professionally since age 23. Through his passion for cooking, he has appeared in Chopped, The Food Network's Heavyweights... 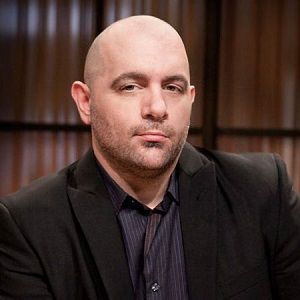 Chris Santos is married to his longtime girlfriend, Taryn Santos.

The couple took the vows in April 2009 and till now their relationship as husband and wife is going pretty strong.

Who is Chris Santos?

Chris Santos is a New York City chef and the executive chef and owner of The Stanton Social in New York’s Lower East Side. Similarly, he is a recurring guest judge on the Food Network show Chopped and is developing a show of his own.

Santos is a budding writer working on his debut cookbook.

He has three siblings, two brothers, and a sister. Santos is the youngest one.

He attended Johnson & Wales University Providence Campus to learn culinary arts. He also studied restaurant and hotel management and was honored in 1993.

In 1989, he graduated from Bristol High School.

Chris Santos’s restaurants, The Stanton Social, and Beauty & Essex are the very best in the business. Similarly, he has also been part of radio shows in the past. In the past, he also appeared in a radio show called Martha Stewart Radio and managed to do very well.

Whereas, his TV shows appearances have taken his fame to a very new level. Moreover, he was also a part of a huge good show called Chopped for a whopping number of seasons.

Besides that, he also started from season one and was there until season 11. Therefore, he was also one of the most important judges of the show. In fact, the other TV shows he has indulged himself include the likes of The Today Show, The Food Network’s Heavyweights, and The Martha Stewart Show.

There is no information about his salary. His net worth is around $ 8 million.

There was a controversy when this chef revealed that he lost 30 Lbs of his weight drastically through Intermittent Fasting.

Chris Santos has a clean-shaved head and his eye color is dark brown. His height, weight, and shoe size, etc are unknown.