Chris is a married man. He is married to Morgane Stapleton in the year 2007.

Before their marriage, he had engraved the “You Are My Sunshine,” into his ring. Both of them have the same professional field so they have many things in common. They also perform on stage together. Their love story is also compared to Johnny and June.

He has four children three sons and a daughter with his wife Morgane Stapleton. They had their first son in the year 2010. Their second child is a daughter, and they had twin baby boys recently in April 2018. The name of their children has not been disclosed to the media yet. No news came out about their separation till now. He is living a happy life with his wife and children. 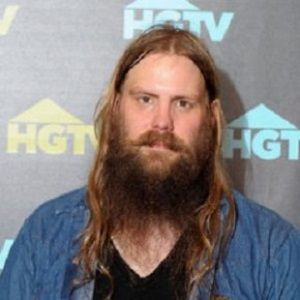 I think the path is different for everybody. Go after the doors that are open to you. That has always been my motto getting into the music business. Do the things that seem to be good opportunities and work hard at it. Try to make good decisions and be nice. Hopefully all of that will pay off at some point.

I'm a fan of polarization. If you make something that is palatable to everybody, it's like making vanilla ice cream, and I think we have enough of that.

I moved to Nashville to be a songwriter. I found out that was a job, that someone would pay you to sit in a room with a guitar and make up songs! It is the greatest job in the world. I wrote three or four songs a day. That's what I lived for.

Who is Chris Stapleton?

Chris Stapleton is an American country singer and songwriter. He has written more than 150 songs for other artists, including “Never Wanted Nothing More” for Kenny Chesney and “Come Back Song” for Darius Rucker.

He is famous for his debut album Traveller (2015), which peaked at number two on the U.S. country charts.

Chris was born on April 15, 1978, in Lexington, Kentucky, USA. His nationality is American and his ethnicity is mixed(Dutch, English, French, German, Irish, Manx, Scottish, Swedish, Welsh).

He grew up in the small town of Staffordsville, Kentucky with his family.

Chris’s mother homeschooled him and his siblings. Later he was educated at Johnson Central High School. After high school graduation, he attended the Vanderbilt University, where he studied engineering but dropped out after a year in order to pursue his career in the music field and moved to Nashville, Tennessee in 2001.

Chris has been an active member of the industry since the early 2000s. After moving to Nashville, Tennessee, he signed with the publishing house Sea Gayle Music as a songwriter.

In 2007, he became the frontman for the bluegrass group called The Steeldrivers.

He had two hit records with the group. He left The Steeldrivers in 2010. After leaving the group, he founded a Southern rock band called The Jompson Brothers in mid-2010.

Chris Stapleton and the band independently released a self-titled album in November 2010. In 2013, Stapleton signed with Mercury Nashville, a division of Universal Music Group Nashville, as a solo artist.

Chris released his first single “What Are You Listening To?” in October 2013. His debut solo album, Traveller was released on May 5, 2015, which became a hit among his fans and audience and peaked at number two on the U.S. country charts.

He has been a successful singer and songwriter in his career. According to the sources, he has an estimated net worth of 12 million dollars but his salary is unknown.

Talking about the rumors and controversy, he has been in controversy when he postponed the show because he was suffering from his broken right index finger.

Moving towards Chris Stapleton’s body measurements, he has a good height of 6 Feet and 1 Inch (1.85m) and weighs ‎85 kg. He has green eyes and his hair color is brown. Besides this, there is no information about his weight, shoe size, and dress size.

Chris Stapleton and Morgane Stapleton’s arrival of twins announced by Reba McEntire just after he won the award in 53rd ACM. Checkout the entire story

Curious about Chris Stapleton’s success? Well, it’s his wife Morgane Stapleton! Click to know about her!!