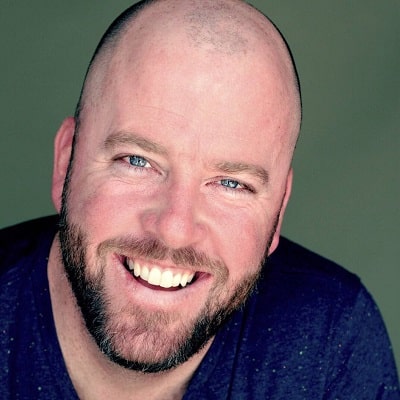 The goal for me, always, is to have fun, and to kind of intentionally be unexpected and go against the dress code a little bit

I didn't grow up in the Catholic church, but I went to a Catholic high school and a Catholic college, and the Jesuit priests are not saints floating around campus.

Chris Sullivan is a married person. He married his longtime girlfriend Rachel Reichard on 20 June 2010. As of 2019, he and his wife have not welcomed any children. They are living happily without rumors of extra-marital affairs and divorce.

Who is Chris Sullivan?

Chris Sullivan is an American actor, and musician who is well known for starring in NBC drama This Is Us as Toby Damon and in The Knick, Guardians of the Galaxy Vol. 2, Stranger Things.

He was born on July 19, 1980, in Sacramento, California, USA. He has a sibling, a brother. Other facts and details about his early life including the name of his mother, father, childhood are not yet shared with the public.

He joined Jesuit High School and then went on to study at Loyola Marymount University from 1998 to 2002, earning a BFA Theatre Arts degree.

Although he eventually took to acting, he trained as a competitive tennis player for 13 years. The change in the course of his career came soon after completing high school. And after completing his college education, Sullivan starred in a national tour of a one-man show called Defending the Caveman. He made his appearance in films North Starr (2008), The Drop (2014), Imperium (2016), Guardians of the Galaxy Vol. 2 (2017), I Trapped the Devil (2019).

Likewise, he is also a musician and has founded a band named Sully and the Benevolent Folk. Moreover, he is well known for providing the voice for the camel in Auto insurance company GEICO’s “Hump Day” ad.

He was awarded 2017’s Screen Actors Guild Awards — Outstanding Performance by an Ensemble in a Drama Series.

His net worth is estimated to be at $500,000 while his annual salary has not been shared with the public.

He has just moved into a stylish, new home in Venice, California, that he scored for $2,333,000. The compact lot originally held a small, ’50s-era bungalow, which has since made way for a 2,230-square-foot modern home completed in January 2019.

Everything is brand-new, including the gorgeous kitchen with European walnut cabinets, Carrara marble countertops, a large island, and stainless steel appliances.

The four-bedroom, three-bathroom home has all the luxury amenities Kate and Toby wish they had, including an open floor plan, white oak flooring, LED lighting, EcoSmart ethanol fireplaces, and central air.

Sullivan and his real-life wife, Rachel, will likely enjoy kicking back in the landscaped backyard, which has a full kitchen with barbecue, an expansive deck and a separate seating area with fireplace.