Chris Wallace is an American television anchor and political commentator. He is married to Lorraine Smothers and has two children Sarah Smothers and Remick Smothers. 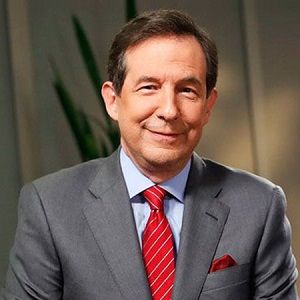 How many children does Chris Wallace have?

Later they were separated. Then, he married the second time to Lorraine Smothers in 1977. Lorraine was the wife of American actor/comedian, Dick Smothers and has two children Sarah Smothers and Remick Smothers

Who is Chris Wallace?

Additionally, he did not develop a relationship with his biological father until the age of 14. He has a sibling namely, Peter Wallace. He belongs of American nationality and Ashkenazi Jewish ethnicity.

In talking about his profession, Chris Wallace began his career at the FM radio station WBBM TV in Chicago. Later, he also started his journalism career as a reporter on an American commercial broadcast television network NBC from 1975 to 1989.

Later, he moved to NBC’s Washington bureau as a political correspondent for the American broadcast network NBC News. Besides that, he also appeared as Washington co-anchor for the Today show in 1982.

Whereas, he also appeared as chief White House correspondent (1982–89). Besides that, he also served as moderator of Meet the Press (1987–88), and anchor of the Sunday edition of NBC Nightly News.

In 1989, he also joined ABC News where was the senior correspondent as well as the host of Nightline. Moreover, he also worked with famous journalists on Fox News including Megyn Kelly, and Bill O’Reilly.

In talking about his lifetime achievements and awards, he won the Paul White Award.

Chris Wallace: Salary and Net Worth

There is no information about his salary. His net worth is around $6 million.

On talking about his body measurements, Chris Wallace has a height of 5 feet 10 inches. In addition, his weight is unknown. His hair color is brown and his eye color is brown.

Who is Kayla Wallace? Find Out More About The Gorgeous Canadian Actress!