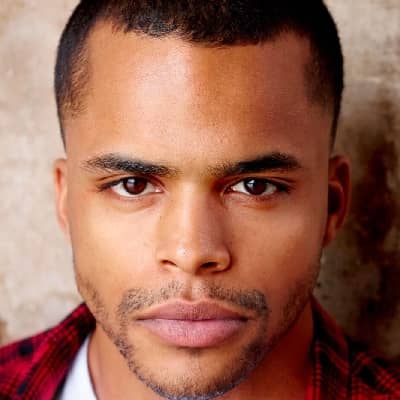 Furthermore, Chris and his actress wife are blessed with a child and they live in Los Angeles together.

Who is Chris Warren Jr?

Chris Warren Jr is an American actor who is popular for his role, Zeke Baylor in the High School Musical franchise.

Chris Warren Jr is also known for films like Love & Basketball, American Gun, Alvin and the Chipmunks: The Squeakquel, and Men of Honor.

Similarly, he is also the husband of the popular British-American Tv Personality, Philanthropist, and Actress, Layla Kayleigh.

He is the son of Christopher Warren, Sr and Brook Kerr, an American actress. Likewise, there is no information about his siblings if any. He has not talked anything about his childhood.

He is of American nationality and he falls under the birth sign, Capricorn. Talking about his education, he graduated from Chaminade College Preparatory – High School.

Having started his career with a guest appearance in an American Sitcom, Becker, later he debuted from romantic sports-drama film ‘Love & Basketball’ in 2000 followed by another movie ‘Men of Honor’ in the same year. After that, there is no looking backward and has appeared in more than 20 films to date.

Chris has an impressive net worth of over $1M-$5M. He has been able to earn a considerable amount of money as an actor.

There are no rumors or scandals surrounding him that hinder his professional life. Warren Jr has always been a secretive person.