Chrisean Rock at the current time is possibly single. She has not shared the details of her past affair or boyfriends with the public. 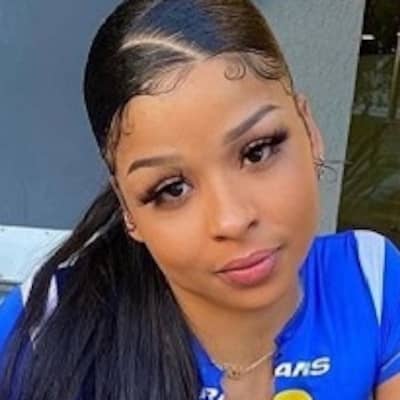 Who is Chrisean Rock?

Chrisean Rock is an American leading face of social media, model, musician, and dancer. Chrisean Rock is known for her amazing content on her self-titled YouTube channel.

She is also equally popular on Instagram where she posts her modeling pictures in swimwear and lifestyle content. On this platform, she was also seen wearing streetwear brands.

When she participated in a game show Ultimate Tag, she won the competition and went home with a prize of $10,000.

She celebrates her birthday on 14 March and she was born in Baltimore, Maryland, the United States. Her birth year is 2000 and her real name is Chrisean Malone.

The identity of her mother along with her father is hidden. Rock’s ancestry is All-American and has a total of 11 brothers and sisters.

As per her academics, she has not revealed the details.

Chrisean Rock is a popular face of the digital world. She has her own YouTube channel that was created on 01 Feb 2018. It has now gained over 25.5 thousand subscribers and her own music videos are loved by the viewers.

Some of her most-watched videos are ChriseanRock – Dragging from Hollywood to the Hills ( EPISODE 1 ), Life after Blue Girls Club: Private Party with Me!, Fox Baltimore interview, Makeup/contouring Vloging the night vibes! etc.

Also, on Instagram, she is followed by more than 201 thousand people which she started to use in 2015. On 10 March 2022, sexy pictures of her were posted that were loved by the viewers.

From the data for 2022, Chrisean Rock has a net worth of around $50 thousand (estimated). The annual salary plus other earnings from her popular self-titled YouTube channel is unknown.

She has even become a brand ambassador for clothing companies such as Ethika and Fashion Nova.

This web star, Rock is keeping herself away from rumors and desperate scandals. But she had to live without a home for years when she was only 9 years old.

Similarly, she said that she was choked out and beat on when she was a child during an interview with a local Fox News station.

Chrisean Rock’s height and body weight are of average shape. Adding more, she has dark brown eyes and has curly hair in black color.