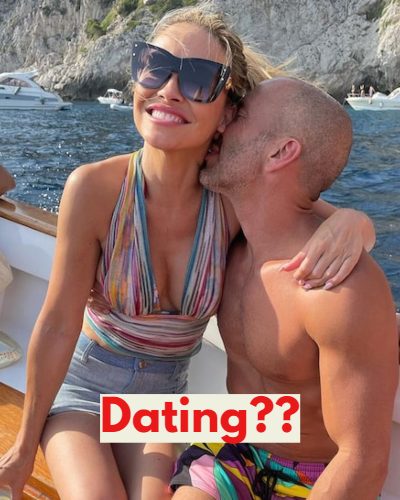 Chrishell Stause and Jason Oppenheim are the new hot couple in the town! Stause confirmed that she is in a relationship with real estate broker Jason Oppenheim. She made their relationship Instagram official with PDA-packed pictures of the couple at the end of the vacation post.

The couple spent quality time on the Capri, Italy vacation where Jason can be seen kissing her on the neck. A source revealed that it has not been long since the pair got together but are happy with each other.

The Selling Sunset cast who flew to Naples before heading south to Amalfi Coast has approved of the couple’s budding romance. Mary Fitzgerald wrote,

“Nothing makes me more excited than to see two of my closest friends together and making each other so happy!”

Mary happens to be the ex-girlfriend of Jason whom he dated for a year and even adopted two dogs Zelda and Niko together. Fitzgerald does not seem to have any problem with their relationship. Many more beautiful comments were showered to the couple. Fans are hoping to find out more about their relationship and how the couple got together.

Chrishell is an American actress and writer who is well-known for her role in the show Selling Sunset, All My Children, Days of Our Lives, and also as the ex-wife of the American actor Justin Hartley. Read more bio…