Updated On October 12, 2022 | Published By: Brandy Stratton | In Divorce , Net Worth , Relationship
Share this 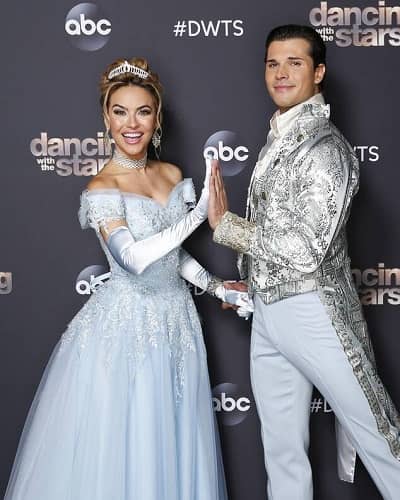 Gleb announced on 6th November 2020, that he and his wife Elena Samodanova are separating after 14 years of marriage.

Chrishell addressed the rumors that she was the reason behind their separation saying,

“I am so saddened about the news of Gleb and Elena’s split. It is unfortunate that this has caused rumours to swirl about my personal life. Having gone through a public split myself, I would not wish this on anyone. As you can imagine, the countless hours of training and dance rehearsals created a strong supportive friendship, but nothing more.”

Gleb had announced the separation of news writing,

“It is with a heavy heart that I tell you my wife and I are parting ways after 14 years of marriage. We still intend to co-parent our wonderful children together who we love so dearly, and we will strive to continue to be the best parents that we can to them. We ask that you respect our family’s need for privacy and healing during this time.”

As per the source, Gleb and Chrishell had intense chemistry for the entire season of Dancing with the Stars. Even though they had great chemistry but are not dating each other at present. Stause is not the one who was the reason for the breakup of Gleb and Elena.

Chrishell Stause and Justin Hartley walked down the aisle on 28th October 2017 after dating in January 2014. They got engaged in July 2015. But their relationship did not work out. Christine Quinn revealed that they were having communication problems are went for therapy.

They tried saving their marriage but it did not work out so they got divorced in November 2019. Justin was the one who filed for paperwork. He cited irreconcilable differences as the reason for their divorce. It has not been revealed why they separated. Chrishell said that Justin informed her about their divorce through text.

How much is the net worth of Chrishell Stause?

Christell Stause has around $5 million net worth as per Celebrity Net Worth. She has appeared in films and TV series like Dancing with the Stars, Selling Sunset, Eve of Abduction, The Young and the Restless, Misguided, Mistresses, Another Time, Meanwhile, Youthful Daze, Days of Our Lives, Hot and Bothered, Body of Proof, All My Children, and many more.

In April 2019, Chrishell and her ex-husband Justin Hartley bought a house in Encino, California for $4.65 million. The house is a modern farmhouse-style home built in 6,700 square feet.

Chrishell Stause is an American actress and writer who is well known for her role in the show Selling Sunset, All My Children, Days of Our Lives, and as the wife of actor Justin Hartley. Read more bio…

Moscow-born Gleb Savchenko is a professional dancer. Multi-talented Gleb is also a professional dance choreographer. The young and the talented are one of the popular stars of the dancing reality competition show. In the 23rd season of the show, “Dancing with the Stars”, he finished 4th with partner actress/singer, Jana Kramer. Read more bio…

Who is Sidsel Jensen? Know about her married life, children, in-laws, net worth, biography
Tags : Actress Dancing with the Stars